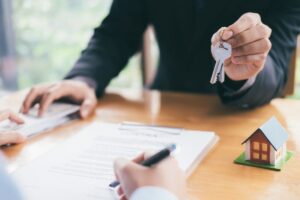 2 min read November 2021 — On election day voters in both of the Twin Cities approved ballot initiatives paving the way toward implementing rent control. Developers have taken note and have paused hundreds of millions of dollars in projects currently underway.

Often heralded as the solution to skyrocketing rental prices and the social woes that come alongside rate increases, such as gentrification and the pricing-out of residents in historically underserved neighborhoods, the cities will look to develop a framework for how to implement these rent control policies.

St. Paul’s Limits on Rent Control Initiative, or Question 1, which has already been declared one of the strictest in the nation, prevents landlords from raising rents after a tenant has moved out, provides no exemption for new construction and caps rent increases to 3% with no consideration towards inflation. The ordinance specifically names May 1 as its implementation date, however conflicting language has caused confusion amongst both developers and tenants who wonder if the policy will take immediate effect.

St. Paul Mayor Melvin Carter, fresh off his re-election win, has already looked to the City Council to amend the ordinance to exempt newly constructed housing. This has sparked a number of questions from developers and has resulted in them pausing projects throughout the city, reports the Star Tribune. The ordinance was half-heartedly endorsed by Mayor Carter, who stated on Twitter only three weeks before the election that he would be voting for the ordinance, but that “we can and must make it better, quickly.”

The rigidity of the ordinance’s language, as well as the provisions within the city charter that stipulate that the ordinance cannot be repealed within the first year, create the risk of potential litigation. Legal challenges increase the likelihood that any amendment would be overturned in court, warned the Deputy City Attorney Rachel Tierney before a City Council committee in October. She stated, “We likely have the ability to amend the ordinance or supplement the ordinance.” She continued to say, “But the more substantive changes we make, the more likely we are to have a risk of litigation, and the more likely a court is to overturn that action.”

Developers like Ryan Companies have taken note, with the developer indefinitely postponing the submittance of three building plans to the city for its Highland Bridge site, where construction is already underway. The company had warned the referendum would impact projects, with other developers and landlords reconsidering their plans for future projects. Ryan Cos. North Region President Tony Barranco told the Star Tribune, “If our banking partners won’t loan us dollars to build the buildings that are planned as market rate because they can more safely lend their dollars elsewhere, we will not be able to build the market rate projects.”

Nevertheless, Mayor Carter stated on Tuesday that he planned to bring together community stakeholders, including renters, advocates, landlords and developers “who all have a stake in ensuring that our housing system works well for our community.”

In neighboring Minneapolis, a similar vote for the Rent Stabilization Charter Amendment gave the city the green light to proceed with developing future proposals for the implementation of rent control, though the specifics of what that may look like remain unclear. While Mayor Jacob Frey came out in favor of the ballot initiative, campaign manager Joe Radinovich stated in October that the mayor opposes the “classic form” of rent control, and that the mayor would withhold judgment on what potential solutions emerge from the initiative.

Minneapolis Downtown Development Council President Steve Cramer told the Tribune that he viewed the policy enacted by St. Paul as “ruinous” to the city’s continued development, however landlords and developers would likely participate in whatever discussions are held by the city to address how the policy takes shape and is finally implemented. “They’re disappointed in the result,” Cramer said, “but they want to be at the table as, and if, this discussion proceeds.”

Housing Equity Now St. Paul organizer and campaign manager Tram Hoang, who led the charge for the ballot measure, considers this par for the course, stating to the Tribune, “This happens in every city where new regulations are passed … because they want to scare the city into changing the ordinance.”