Reedy Creek Improvement District to be replaced by state-appointed board

Reedy Creek Improvement District to be replaced by state-appointed board 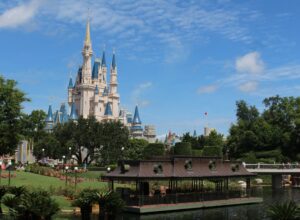 2 min read  January 2023— The Reedy Creek Improvement District, Disney’s special purpose district and effectively its own government, looks poised to be replaced by a state-appointed board.

Last year, Florida legislators voted to dissolve the Reedy Creek Improvement District which had allowed Disney to collect and pay its own taxes, issue bonds and act as the governmental body for Walt Disney World Resort and the collection of parks, supporting infrastructure, utilities facilities, and the cities of Bay Lake and Lake Buena Vista. Perhaps most critically, the dissolution of the RCID would pass potentially billions of dollars worth of bond obligations and municipal services to Orange and Osceola Counties, with their residents footing the bill.

Earlier this month, the proposed solution was revealed, with Florida looking a the creation of a state-appointed board that would require Disney to pay for its debts while other privileges, such as its use of eminent domain, are revoked. “The corporate kingdom has come to an end. Under the proposed legislation, Disney will no longer control its own government, will live under the same laws as everyone else, will be responsible for their outstanding debts, and will pay their fair share of taxes,” DeSantis Communications Director Taryn Fenske said.

The state-run board model was chosen as a result of distrust between state and local officials, with Dane Eagle, who served as Gov. DeSantis’ secretary for the Department of Economic Opportunity until the end of last year, saying, “We don’t have that crystal ball, but it’s Orange County and they’re obviously one of the more liberal counties in the state,” reported Florida Voice. Eagle added, “So there’s never been a tax that they don’t like. I don’t think that they think twice about raising taxes and then try to blame the governor for it when it’s just them wanting to raise taxes.”

The dissolution of the RCID is scheduled for June 1, and was decided without a financial impact plan or assessment. Mary Ellen Klas, Capitol Bureau Chief of the Miami Herald, noted at the time that the proposal would pass the debt to “general purpose government.” Osceola and Orange County residents would’ve inherited the approximately $2 billion debt, or $2,200 tax increase per family.

Orange County Mayor Jerry Demings responded in a statement: “For over 50 years, Walt Disney World has been an outstanding community partner to Central Florida. As an Orlando native, I tip my hat to Disney for having the willingness to continue investing in Orange County.” He added, “We look forward to working with the Reedy Creek Improvement District for many years to come. Any statements made by state officials to suggest that Orange County would use the dissolution of the Reedy Creek Improvement District as a pretext to raise taxes on its residents is reprehensive and baseless.”

Key details of the legislation remain to be decided, perhaps most notably just who will sit on the new state-appointed governing board. Other questions are yet to be resolved as well, with the language specifically addressing “any independent special district established by a special act prior to the date of ratification of the Florida Constitution on November 5, 1968, and which was not reestablished, re-ratified, or otherwise reconstituted by a special act or general law after November 5, 1968.” Spectrum News 13 noted 133 of the state’s 1,844 special districts established prior to then, and six specifically and directly impacted by the bill, including Reedy Creek, the Bradford County Development Authority, Broward County’s Sunshine Water Control District, the Eastpoint Water and Sewer District in Franklin County, the Hamilton County Development Authority and the Marion County Law Library.

Whether the original bill’s language will be amended to specifically address this looming issue remains to be determined, with both the state-appointed board and the potential statewide fallout of the original legislation that repeals the RCID to be some of the more high-priority items for Florida legislators to discuss during the 2023 session, set to begin in March and run until May.