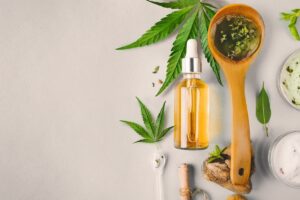 2 min read April 2022 —  Starting tomorrow, dispensaries around New Jersey will be allowed to sell marijuana for recreational purposes, a move that will help stifle negative consequences from the war on drugs and promote economic activity.

Beginning on Thursday, 13 dispensaries will be allowed to sell cannabis and cannabis products to customers 21 years and older without a medical card, according to an official press release by the state of New Jersey. Customers will not be able to purchase more than one ounce at a time as consumers can’t legally carry more than one ounce.

The approval to begin recreational sales will help to alleviate negative impacts from the war on drugs on minority communities. “We know that drug prohibition laws have through history disproportionately impacted Black and brown communities – and continue to do so,” said Wesley McWhite III,  the New Jersey Cannabis Regulatory Commission’s director of Diversity and Inclusion, in the release.

The war on drugs has exacerbated inequality in the region, with New Jersey leading the country in racial disparities in incarceration. New Jersey Policy Perspective (NJPP) found that Black people face arrest rates 3.3 times higher than their white counterparts despite the latter using and selling criminalized drugs at higher rates. Individuals charged with marijuana crimes can spend anywhere from $2,000 to $20,000 on their legal defense, according to an Insider article. Furthermore, people who have been previously incarcerated can suffer a loss of up to 30% wage growth during their lifetimes, in addition to a substantially reduced rate of callback from potential employers.

Although cannabis has been legalized in New Jersey, it remains a crime to have in one’s possession more than six ounces. Such amounts of marijuana can still be punishable by up to 18 months in jail and a fine of up to $25,000, according to Bill S2535.

It is estimated that the economic impact of the American cannabis industry could total $100 billion by the end of 2022 and grow to $158 billion by 2026, according to MJBiz. Cannabis sales will have a 6.625% sales tax, 70% of which will go to areas affected by cannabis-related arrests, which have disproportionately been Black and minority neighborhoods. Towns can also levy a tax of up to 2%

To ensure that all communities are positively impacted by the growing cannabis industry, dispensaries will be assessed to make sure they comply with diversity in hiring, management, minority-owned vendors, support for community programs and level of technical support to new and local businesses, among other things.