How Miami is experiencing great tourism numbers despite setbacks 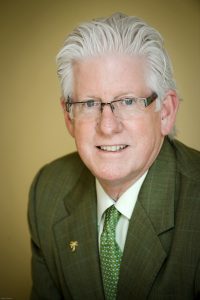 What were the main achievements of Greater Miami Convention & Visitors Bureau (GMCVB) in 2016?

Tourism was up 2 percent in 2016, making it a record year. That is a significant achievement, accomplished as a result of partnerships the bureau has with government, the private sector, Visit Florida and BrandUSA. This is despite a number of serious challenges, including the Zika virus. The governor declared a statewide alert for Zika in February 2016. Miami-Dade County, and specifically the mosquito control division, along with the state health department and various cities, aggressively went after the mosquitos carrying the virus. By December, we had eradicated locally transmitted Zika. It is the first place in the world to do that. The development of a vaccine is now being fast-tracked, so we are really pleased. Hurricane Matthew hit in October 2016, closing the airport over a holiday weekend. Also, tourism from Brazil, which has been our top international market, saw a sharp drop in the first nine months of 2016. For the calendar year 2016 to have record tourism with overnight visitors up 2 percent in the face of Zika, a hurricane, fluctuation in international currency exchange rates and our largest international market down almost one-third, is impressive. Other markets, such as Colombia and Argentina were up double digits. Also of note is that the Miami Beach Convention Center, the region’s largest convention center, is undergoing renovation and expansion. This reduced the amount of business coming to Miami, yet we still had a successful year. That shows the brand is very strong.

Are you concerned about the strengthening of the U.S. dollar and the impact on visitors coming to Miami?

Even with currency issues in countries such as Brazil, visitors from our other top-10 destinations were up. Columbia and Argentina were up double digits. Germany was up a point and a half, the UK was up 5 percent, the Bahamas up 8.5 percent, Costa Rica 1 percent and France 3 percent. So we’ve had these currency issues over time, but only two out of 10 were down.

What are your expectations for the high-end tourism?

Miami is a luxury destination, ranked in the top domestic markets based on hotel inventory. In 2016, we were in the top-five tourist destinations in terms of revenue, which reflects the luxury segment. Much of this is due to the strategy of year-round tourism – with each of the four quarters of the year having about the same number of visitors. Spending increases a little during certain periods, such as during the summer months of July and August, when it is winter is the Southern Hemisphere.