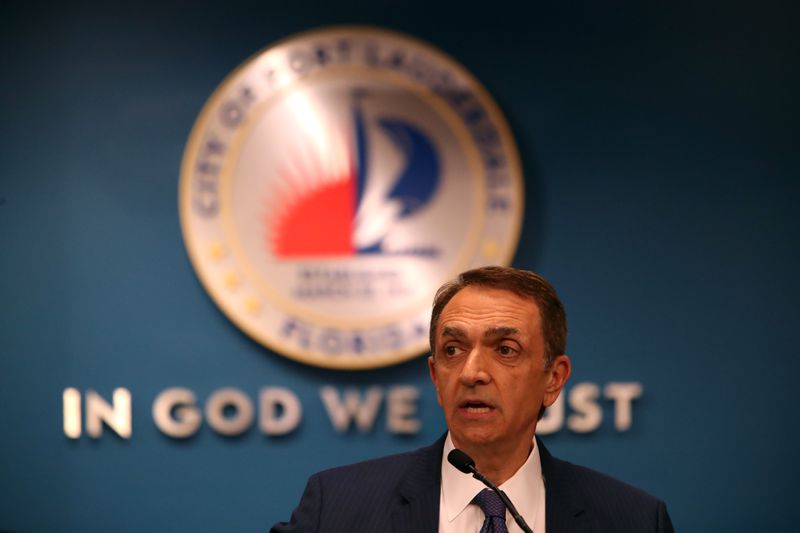 This past year was surely one for the record books. Broward County had some of the highest cases of COVID-19 and faced dire economic issues as a result of a nationwide shutdown. However, the main issues in the Fort Lauderdale mayoral race revolved around an issue that has plagued the city for years.

Fort Lauderdale is in a period of growth. The city is expanding at a rate of 0.55% annually and the population has increased by 11.53% since 2010, according to the World Population Review. As the city grows, so does the amount of sewage that fills its infrastructure. Under Trantalis’ leadership, Fort Lauderdale experienced the largest sewer break in its history and challenger Ken Cooper made sure to lead with that fact during his campaign.

While Cooper believed that Trantalis was directly responsible for the crisis, Trantalis argued that preceding government officials are to be blamed for the sewer negligence. “The prior administration raided utility funds and spent the money to balance the budget for the city’s general operations,” Trantalis said during a town hall. “This shell game took $20 million a year that should have been earmarked for utility maintenance and upgrades. In all, they drained $120 million in reserves.”

The argument appears to have paid off. In his new term, Trantalis has vowed to fix the aging water pipe infrastructure. Trantalis will also continue to push for a public-private partnership between the city of Fort Lauderdale and potential international players in the water industry.

To completely fix the damage that was done from previous sewage spills, the city of Fort Lauderdale will need to invest millions for repairs. New sewage lines and future dredging projects are just part of a multiphase plan to get the city’s pipeline up to standards.

“I promise this: at the end of the day, Fort Lauderdale will have the utility infrastructure that a modern metropolitan area expects and deserves,” Trantalis said during a town hall. He now has a fresh term to see that promise through.