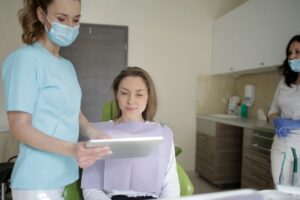 2 min read November 2021 — As the Triangle region continues to attract more residents, prestigious healthcare institutions are expanding their infrastructure to meet the needs of a growing population.

Early this month UNC REX Health opened an eight-story, 50-bed community hospital in Holly Springs after some COVID-19 related delays. The hospital is expected to employ over 400 people. The facility also has an emergency department, operating rooms, and labor and delivery rooms to serve the community.

“It’s really just population growth, is what it boils down to,” said Roy Tempke, chief operating officer of UNC Rex Holly Springs, when talking to North Carolina Public Radio about reasons why the company decided to open the new location. Initially, UNC Health submitted an application to build the Holly Springs hospital in 2008, but after a couple of declines construction only just started in 2019.

UNC Health also recently received approval to build a 40-bed hospital with two operating rooms in Durham County. The $251.9 million project is expected to open in 2026, and recently obtained a final approval for construction from the North Carolina Department of Health and Human Services.

Another institution looking to expand in the region is Duke Health. The prestigious healthcare system known for research, clinical care and education is building a new medical campus with a 40-bed hospital to serve Cary and the Triangle. Cary is one of the fastest growing cities in Wake County, and it’s known for having a concentration of high net-worth households.

In August, Duke Health completed a new South Pavilion in Raleigh. The 210,000-square-foot, six-story pavilion includes an ICU, flex space, 92 replacement private rooms, and 9 replacement operating rooms. The expansion project had a cost of $196 million, and includes other amenities like restaurants, a tranquility garden, a labyrinth, and an outdoor courtyard.

“As Wake County became a more desirable place to live and Raleigh was continuing to expand and grow, we felt it was necessary for us to create the South Pavilion to meet this demand,” Leigh Bleecker, interim president of Duke Raleigh Hospital, highlighted in an email sent to The Chronicle. “We planned for a building that would allow us to expand services such as our operating suite and our intensive care unit that went from 15 beds to 28 beds on July 20 to assist the growing number of people coming to Duke for care.”

In addition, Duke Health made an investment of $3.1 million to buy 10 lots in Mebane. Although the project is still in its early stages, it is expected that the company will use the new location as office space to support its increasing footprint in the region.