Pittsburgh on the cusp of regaining international prominence

Pittsburgh on the cusp of regaining international prominence 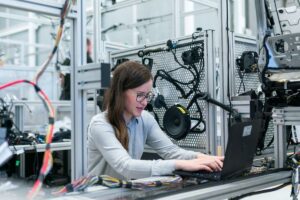 3 min read July 2021 — Pittsburgh’s transformation over the past decades has been dramatic, transforming into a hub for technology amid a robust, diversified economy, providing the greatest economic opportunity the region has experienced since the steel industry.

According to the Pittsburgh Technology Council, nearly 24.4% of Southwestern Pennsylvania’s overall workforce is employed by technology establishments and the payrolls of these firms represent more than 34.8% of the region’s total wages. The leading segments include information technology, life sciences, health services, advanced and technology-intensive manufacturing, advanced materials, environmental technology and energy technology. With the exception of advanced materials, the size and scope of these industry clusters is increasing dramatically, with energy technology leading the way at a 26.8% increase in total payroll from 2017 to 2019.

With over $3.4 billion of investment in robotics and the No.1 robotics doctorate program in the world at Carnegie Mellon University, Pittsburgh has also established itself as the Robotics Capital of the World.

Audrey Russo, President and CEO of the Pittsburgh Technology Council, described the significance of Pittsburgh’s tech sector potential well. “Pittsburgh is on the cusp of regaining international prominence. …. Without a doubt, we are better positioned than many regions in this regard with competencies in several emerging industries including next generation hardware and software, entertainment technology, robotics, sensors, tissue engineering, medical devices and advanced manufacturing,” Russo said in a statement on the council’s website.

Amid an exodus to the Southeast, workforce needs are a primary reason for technology-focused companies expanding within the Pittsburgh region. According to CBRE’s “2021 Scoring Tech Talentopens PDF file ” report, Pittsburgh ranked as the most diverse tech talent market and 28th overall for “Top Tech Markets.”

Local governments are also playing a large role in facilitating a tech-friendly business environment, according to Pittsburgh Mayor Bill Peduto, in an interview with TechCrunch. “We’ve been a partner throughout the past seven years, whether it was with the autonomous vehicle industry, the expansion of robotics or artificial intelligence, predictive analytics, we have engaged directly with the startup community, got them involved in city government and also opened up and provided access to public right of ways in order to see those industries expanding.” Peduto also highlighted the importance of workforce development to tech company expansions. “Working with our universities, we’ve been able to recruit international companies to Pittsburgh: Bosch, Tata, Google, Facebook, Intel, Amazon.”

As society continues to push the boundaries of technology, Pittsburgh’s renowned tech ecosystem appears poised to grow in size and importance. with a premier, tech-savvy workforce leading the charge.

Photo by ThisisEngineering RAEng on Unsplash