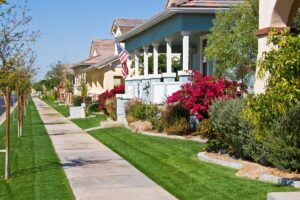 2 min read June 2022 — Amid a nationwide unfavorable market for homebuyers, Pittsburgh shines as the No. 1 destination for first-time homebuyers.

While an exodus to the South has been widely publicized, it is clear that Northern markets present great opportunity from a homebuyers perspective, with Pittsburgh ranking No. 1 according to a study from Bankrate.

According to Redfin, Allegheny County, home to Pittsburgh, has a median sales price of $245,000 as of May 2022. Of course, the Pittsburgh MSA includes not only Allegheny County but also the counties of Westmoreland, Washington, Butler, Beaver, Armstrong and Fayette. Many of these counties present even greater affordability from a housing perspective. According to Redfin, the median sale price of homes in Westmoreland County is $189,900, Washington $232,000, Butler $327,000, Beaver $180,000, Armstrong $120,000 and Fayette $150,000.

The 2020 census was the first time Allegheny County showed an increase in population since 1960, due to the decline of the region’s steel industry. While the increase was just over 2%, the turn signals the success of Pittsburgh’s reimagination of its economy from steel to technology. Two of the six counties comprising the Pittsburgh MSA, Washington and Butler, showed growth in population as of the last census as well while the others showed a decline.

Amid this difficult housing situation, Allegheny County has the 2nd most available listings in the state behind only Philadelphia County and more housing is on the horizon for the region.

In an interview for Invest: Pittsburgh 2022, Jeremy Waldrup, president & CEO of the Pittsburgh Downtown Partnership, detailed how Downtown Pittsburgh is evolving from its historically weak residential core into a destination where individuals desire to live, work and play. At the core of this plan is underperforming office space.

“As the demand for Class B and C office space wanes, there will be an even greater opportunity to create more housing in the core and provide expanded urban amenities for new residents,” said Waldrup. “We’ve leveraged historic office structures in Downtown for conversion to residential space over the past 10 years, providing unique living experiences that you cannot find elsewhere in the region and we believe there is an opportunity for additional conversions. New development has slowed somewhat, as a result of the pandemic, but the pipeline is heating up again with new residential opportunities throughout the Downtown core.”

Currently, approximately 18,000 individuals live in the greater Downtown community.  According to Waldrup, about 4,000 residential units are currently in the pipeline, which will equate to an influx of 6,000 to 8,000 residents over the next five to 10 years.

A recent example of this strategy in action is the recent start of two big residential projects in the Golden Triangle, one development targeting an old PPG warehouse and the other an office building. The developments will add hundreds of apartments to the housing market.

However, the No. 1 ranking of the Pittsburgh region for first-time homebuyers was not just determined by housing availability and cost, but also by factors such as crime, employment and health. From 2010 to 2020, the number of crimes reported by the Pittsburgh Bureau of Police has declined by approximately 50%. The unemployment rate in the Pittsburgh MSA stood at 4.8% as of May 2022, compared to the nationwide average of 3.6%. Regarding health, Pittsburgh is home to some of the world’s top healthcare institutions such as UPMC and Highmark, and local county initiatives such as the pursuit of the Blue Zones Project in Fayette County are helping to improve the health and well-being of local populations.