Philadelphia has become a brain magnet, next step is equity

Philadelphia has become a brain magnet, next step is equity 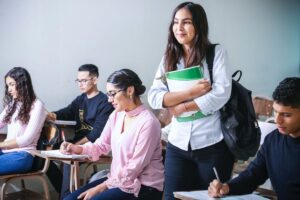 2 min read September 2022 — While Philadelphia has transformed itself from a brain drain to a brain magnet, the next step for the region’s higher education sector is to focus locally on underserved populations.

There are over 350,000 students in the Greater Philadelphia area and the region has been working tirelessly to retain as many of those graduates as possible, meaning “Greater Philadelphia has an incredible pool of emerging talent who want to launch their careers in the region,” said President of Campus Philly Jennifer Kebea with Invest:.

The next step for Philadelphia, explained Kebea, is to support and encourage local students to earn a degree in the first place. “Nearly 20 years ago, Campus Philly started as an initiative that was meant to address ‘brain drain,’ or the loss of college-educated talent in our region. Over the last two decades, our region has made huge strides in ensuring that we are indeed a ‘brain magnet’ and retaining talent across sectors,” said Kebea. “Now, the focus has shifted to equity.”

Felicia Ganther, president of Bucks County Community College, shared with Invest: the importance of ensuring community colleges in particular are ingrained in the fabric of the community. While economic growth proves beneficial for some in the area, it’s easy to forget the pockets of poverty and border communities that do not benefit from those opportunities, said Ganther.

“We need to know which students and families need help even at the K-12 level so that we can prepare them, through education, to break the cycle of poverty and find something that is of interest and benefit to them,” said Ganther. “That can mean more than just telling them to go to college; we need to tell them what that means and outline for them the benefits of doing so. If they know they can do a 12-week CDL and then get a job at Walmart that pays $110,000, they are probably going to go to college.”

In the opens in a new windowScoring Tech Talent 2022 report by CBRE, Philadelphia was stated to be one of the highest climbers in the report’s rankings, a testament to the region’s success in becoming a “brain magnet” rather than succumbing to “brain drain.” However, some institutions in the Greater Philadelphia region are suffering greatly from demographic trends and lingering pandemic impacts. “I took over a $7.5 million deficit, which was the result of an eight-year decline in enrollment numbers that had brought us to 50% of where we were in 2011/12.” stated Ganther, who began her tenure as the fifth president of Bucks County Community College in July 2021.

Helping underserved populations and lower-salaried households obtain college degrees could be a win-win-win situation for graduates’ quality of life, employers that are adjusting to evolving industry needs and higher education institutions looking to increase enrollment numbers.

Of course, the weight of this task rests not only upon local higher education institutions but the business community as a whole. Tompkins Community Bank is just one example of an organization pushing to help the communities they’re present in. “Prior to the pandemic, we contributed 10,000 hours of community service. We have given around $300,000 toward youth and educational programs, such as the Employee Improvement Tax Credit (EITC), over the last two years,” said SVP & Chief Lending Officer of Tompkins Community Bank Jim Whitton with Invest:. “Throughout all of our markets, we have given roughly $1 million in sponsorships and donations. The focus isn’t about the money. It’s about pledging and supporting the community.”