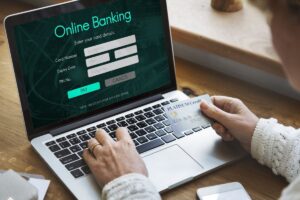 2 min read August 2021 — Across the US, banks have been closing doors at a rate of three per day over the last 10 years. While the industry remains strong, thanks to rapid adoption of digitization in the banking sector, customers have realized they do not necessarily need a brick and mortar branch to conduct their banking activities. Greater Philadelphia has seen its share of recent branch closures.

After BB&T’s merger with SunTrust to become Truist, BB&T branches in Butler Township, Shenandoah, Palmerton and Orwigsburg have closed. The merger created some redundant branches given that many were located very close together. The same happened after PNC acquired BBVA, with the bank announcing the closure of 160 branches in 2020 and 120 in 2021. In June, Wells Fargo decided to close 21 branches, including one in Philadelphia, in an effort to cut costs. Santander also said it would close 15 more Pennsylvania branches this year in response to changing consumer preferences.

Banks closed a record 3,324 branches nationwide in 2020, and opened 1,040, for a net loss of 2,284 branches, according to S&P Global Market Intelligence data. This is despite a slowdown in mergers in 2020 to 110, down from 261 in 2019, according to Deloitte. The consulting firm expects more bank closures on the horizon as M&A activity surged at the end of 2020, but this shows that redundant branches are not the only reason for branch closures.

M&A activity has been the main driver of branch closures, but the COVID-19 pandemic has only accelerated the situation. According to research, teller transactions are down 30% to 40%. Vincent D’Alessandro, first senior vice president and regional president at OceanFirst Bank expects M&A activity to remain elevated as banks fail to keep up with customers’ increasing demand for digital services. “We are now fully immersed in the modern-day reality that we are living in a digital world,” he said in an interview with Invest:. “Clients are looking for multiple channels through which to do business including having access to a full array of sophisticated and advanced products.”

But according to others, there will always be demand for bank branches. “For us, brick and mortar is an important component of our delivery channel, model and brand,” said Joseph Tredinnick, market president of Republic Bank to Invest:. He attributed large-scale branch closures to consolidation among large banks, who often find themselves with duplicate branches in the same location after a merger.

This sentiment was echoed by Anthony DeSalle, president and CEO of Crest Savings Bank, who insists that community banks will always have a place in the market given that they are strongly tied to their communities and local decision-making is of great value to customers. “The branch experience is still necessary. We have the technology for the virtual engagement of our customer, but the more complex, personal transactions are better suited for face-to-face interaction in a branch. Studies show that having branches matters since consumers enjoy the option of multiple channels,” he told Invest:.

In July, Citizens Bank agreed to buy New Jersey-based Investors Bancorp for $3.5 billion. The group’s 146 branches are spread out across New York and Philadelphia and make it Philadelphia’s seventeenth-largest deposit taker with $1.8 billion in deposits. In comparison, Citizens is the fourth-largest deposit taker in Philadelphia. Citizens said the deal was designed to solidify its presence in Philadelphia and other areas, as well as to expand its branch base and reach. Citizens has not yet announced plans to close branches as a result of the deal but it says the merger will generate synergies of $130 million.

It seems that variety is key. While customers have migrated a great deal to online platforms to carry out their banking, many balk at the prospect of no branch contact at all. Like in most parts of the country, banks in Philadelphia continue to strive to meet the customer where they are.