Palm Beach County students return to the classroom as a majority

Palm Beach County students return to the classroom as a majority 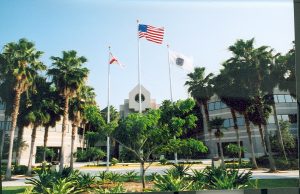 2 min read February 2021 — A majority of Palm Beach County’s public school students are back in person for the first time in nearly a year. Over half of the school district’s students have opted into learning on campus, the highest percentage since the closure of schools in March.

When schools first reopened for in-person classes, just above a third of district students chose to attend; however, as people have gradually become more accustomed to social distancing measures, students have started trickling back into the classroom, leading to this large influx.

According to an initial district attendance report, the number of students in school in Palm Beach went from 43% in December to 52% now.

“This is a reversal from numbers just last week,” said Schools Superintendent Donald Fennoy at a school board meeting Wednesday.

In December, the School District of Palm Beach County rolled out BinaxNOW rapid testing within schools to control the spread of coronavirus as the number of in-person students grew. However, the rollout was slow due to a two-step consent process to which parents had varying responses.

“Consents at the present time are kind of barriers to performing those tests, so we definitely would like to see more parents sign consents,” said Dr. Belma Andrić, the chief medical officer and vice president and executive director of clinic services for the Health Care District of Palm Beach County.

This comes a month after the district asked 18,500 academically struggling remote students to return to in-person classes, of which 6,000 did so; only a third returning disappointed district administrators.

The district is actively working on ways to help students who struggled academically during the pandemic with extra instruction and an expanded summer-school program.

Summer break will drop from 10 weeks to seven in 2021 after approving the calendar for the 2021-22 academic year in a 6-1 vote on Wednesday. School will resume on Aug. 10, a normal date for classes to resume; however, classes will end the 2020-21 school year three weeks later than pre-pandemic calendars.

“I think that the mental health of our students and teachers, especially after a year like we’ve had, to me, is of utmost importance,” said Karen Brill, the school board member who voted against the Aug. 10 start date. The school board postponed voting on the 2022-23 school year calendar.