Orlando’s housing market may be close to experiencing a slowdown

Orlando’s housing market may be close to experiencing a slowdown 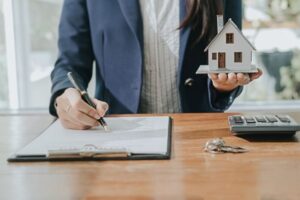 2 min read November 2021 — A variety of indicators suggest Orlando’s residential real estate market may be slowing down, potentially pointing to a correction after months of volatility.

According to the Orlando Regional Realtor® Association, the median house price in Orlando fell for the third month consecutively this quarter. Median home prices in September fell by $2,000 from the record-high $320,000 set in August. Additionally, the number of days on the market increased by 8% and the overall number of sales dropped by 5.25%.

The supply of houses, a key spur for pricing as inventory has lagged demand, increased by 0.8% in September. Further supply could be headed to the market. but this could soon increase because of the recent events surrounding Zillow Offers and IBuyers.

Instant Buyers, or IBuyers for short, are companies that make instant offers to sellers. Companies like Zillow Offers, Opendoor, and Offerpad employ algorithms that automatically evaluate, send an offer, charge a commission and purchase a house within the span of hours. Recently, Zillow acknowledged the unpredictable model was not working as desired and, in fact, led to losses of about $420 million, according to a New York Times report.

Zillow announced earlier this week that it would be putting some of the 7,000 houses it bought under its unsupervised, AI-powered software back onto the market, as reported by Bloomberg. In Orlando, the number of Zillow houses to be sold could be around 500.

In 2Q21 alone, the city had 629 houses purchased by other IBuyers, placing it seventh among cities in the United States with the most IBuyer purchases made. Orlando could see almost 12% of its entire housing supply become suddenly available if Zillow decides to sell all houses at once. However, it is unlikely that all houses will hit the market at the same time, according to a Bloomberg report. As such, the impact on supply might not be as harsh or abrupt for the market.

The developments and indicators could be the first signs of a return to normality from what has been 11 months of intense real estate activity in Orlando’s seller’s market. The median house price has increased from $245,000 pre-pandemic to $318,000 in September, according to Norada Real Estate. PNC Financial Services Group Senior Economist Abbey Omodunbi told Orlando Business Journal (OJB) that the market was in a correction and not a recession because prices are expected to stay high for the next few years even as supply increases and demand declines.

Natalie Arrowsmith, the President of the Orlando Regional Realtor Association, said in a statement that sellers still have the upper hand but that balance is returning to the market. “With the median price slightly dropping and inventory continuing to trend upward, we’re seeing signs of things leveling off after months of this market being on fire.” She added: “The market is still heavily in favor of sellers, but is showing some signs of returning to become more balanced.”