The city of sun and fun

The city of sun and fun 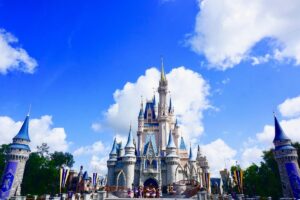 2 min read July 2021— With summer in full swing, it’s time for some fun in the sun. Central Florida, namely Orlando, is poised to make the most out of the sunshine and summer months, especially after being named Wallethub’s no. 1 best city for recreation.

The rankings show Orlando edged past Tampa Bay, which held on to the No. 5 stop and handily beat out South Florida heavyweight Miami at the 35th spot. While all three Florida cities made it to the top 50, it was on aspects of park quality that held back Tampa Bay from being higher on the list. For Miami, affordability and weather were the city’s greatest handicap.

Orlando’s No. 1 ranking wasn’t just in its overall score, however. The city had an overall strong showing, ranking first when it came to entertainment and recreational facilities, restaurants per capita, and for those who desperately need their morning brew on the way to work, No. 1 in coffee shops per capita. Other rankings in the study included:

No. 10: Bike rental facilities per capita

No. 15: Music venues per capita

No. 26: Spending on parks and recreation per capita

No. 28: Swimming pools per capita

And while the 26th and 28th spot for parks and swimming pools may seem a bit low considering the city’s strong showing in other categories, Aquatica Orlando was recently named USA Today 2021’s best outdoor water park in the country. The park is SeaWorld’s’ first waterpark, and remains its most popular with an annual 1.5 million visitors per year.

Outside of the world class water park, there are a number of other activities and recreational pursuits offered in Orlando and the Central Florida region more broadly. Just outside of the city in Walt Disney World, the company is celebrating its 50th anniversary, with subtle hints and outright shoutouts to the ‘Spirit of ‘71’ scattered throughout the park. In the spirit of this celebration, they have unveiled a new summer ticket deal that Florida residents can expect to use up until Sept. 17, allowing residents to visit Disney’s theme parks for $54 a day for up to 4 days, be it consecutive or not.

Further out east towards Florida’s Space Coast, the Kennedy Space Center is offering a new attraction, putting on display the new spacesuits, designed by Elon Musk’s SpaceX, of NASA Astronauts Bob Behnken and Douglas Hurley in last year’s launch for a limited time.

Airline companies are capitalizing on Orlando’s status as a No. 1 city for recreation as they double down on their flights to the region. Florida’s own home-grown Spirit Airlines increased its number of flights at Orlando International Airport just this month.

With cheap flights, great parks, ease of access and affordability, Orlando seems poised to make the most of this summer and its status as the No.1 city for recreation.