Orlando scores a win for its tourism sector

Orlando scores a win for its tourism sector 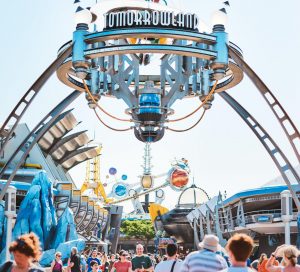 2 min read June 2020 — Hospitality leaders and sports fans alike are cheering for the Central Florida region as the city of Orlando prepares to score a major win for its embattled tourism sector this summer.

Orlando will be the epicenter of professional sports this July as both the National Basketball Association and Major League Soccer set up camp at Disney’s ESPN Wide World Of Sports Complex in an effort to resume their respective seasons following the aftermath of the coronavirus outbreak.

Earlier this month, Major League Soccer announced plans to restart the 2020 season with all 26 clubs competing in the “MLS is Back Tournament,” a month-long World Cup-style tournament set to begin on July 8. The tournament, which will be played without fans in attendance, allows the league to salvage its 25th season.

“We are pleased to team up with Disney to relaunch the 2020 MLS season and get back to playing soccer,” said MLS Commissioner Don Garber, according to a press release. “The opportunity to have all 26 clubs in a controlled environment enables us to help protect the health of our players, coaches and staff as we return to play,” he said.

In similar fashion, NBA fans will cheer for their favorite team from afar as players, coaches and staff settle in Orlando for the coming months. A 22-team NBA season is set to resume on July 31 with the playoffs slated to end in early October.

Though the different games will be played without fans in attendance, these major sporting events will likely introduce visitors to the ESPN Wide World Of Sports Complex, further solidifying Orlando’s penchant for holding world-class events while helping mitigate the immediate impact of the coronavirus on Orlando’s hospitality and tourism industry.

“Event organizers are familiar with Orlando as a destination, but for the public, they’ll learn an awful lot about what a wonderful venue the Wide World of Sports is,” Greater Orlando Sports Commission President and Chief Executive Officer Jason Siegel said, according to Front Office Sports. “It enhances the already great perception of the community for when we have the next conversations with FIFA as it relates to the World Cup or the bids we’ve put out for the 2022 to 2026 NCAA championship events. It just lends itself to an already robust portfolio of hosting marquee events,” he said.

Since March, 13 events have been canceled and not rescheduled, according to Front Office Sports, while another seven have been postponed, costing the region more than $49 million in economic impact.

Hoteliers and theme park officials are also rooting for the success of the region’s tourism sector. Hotels and parks are beginning to open up after more than three months of closures and severe layoffs and furloughs.

Major parks like SeaWorld, Universal, and Islands of Adventures are operating under limited capacity and following the CDC guidelines, while Disney World is expected to begin its phased opening in July. “We are seeing the impact slowly coming back,” Visit Orlando CEO and President George Aguel told WKMG News 6. “Seeing Universal kicking off, SeaWorld following and naturally Disney coming into their own in July is big news.”