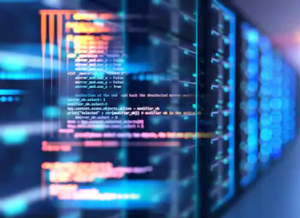 2 min read July 2019 — For a fast-moving business, it’s all about fast-moving data. These days, one millisecond can mean the difference between being the market leader and being a late mover. Big Data allows companies to analyze huge quantities of data in seconds, but it also requires substantial internet speeds. And with 5G networks able to provide download speeds 20 times faster than 4G, it’s no wonder Orlando is carving out its piece of the pie.

Earlier this year, AT&T announced that Orlando would be among the eight U.S. cities to roll out its new 5G technology. Let’s be clear: this isn’t just about getting a crystal-clear cell phone signal or being able to download a 1.25GB movie in one second. The actual implications of 5G are huge.

“5G is a real revolution. Connectivity will become a platform and no longer a pipeline [making it] possible to get everything online all the time and all the applications up into the cloud,” said Ken Hu, Huawei’s rotating chairman, at the company’s analyst summit in April. “Eventually the technology will help us to create a brand-new seamless experience between [the] online and offline [worlds].”

Nearly 50% of respondents to a recent McKinsey Analytics survey say analytics and Big Data have fundamentally changed business practices in their sales and marketing functions. According to an Accenture study, 79% of enterprise executives agree that companies that do not embrace Big Data will lose their competitive position and could face extinction while 83% have pursued Big Data projects as a competitive advantage.

“The vast majority of our economy is not actually tourism; we’re really high-tech,” said Orlando Mayor Buddy Dyer in an interview with Bloomberg. “We’re biomedical, we’re digital media; we’re focused on the other parts of Orlando as well.”

Orlando’s unmatched human capital is one of the reasons why tech companies are establishing operations in the state, one of which is Luminar Technologies, an autonomous-vehicle testing facility. “It’s like the Silicon Valley of lidar (Light Detection and Ranging),” said Scott Faris, Luminar’s chief business officer in an interview with Forbes. “The density of folks here that understand things like lasers and computer modeling is higher than certainly anywhere else in North America, and maybe even the world.”

To take advantage of the city’s emerging tech opportunities, Orlando needed to kick up the connectivity a notch. One of the ways it was able to vie for the coveted pilot 5G program was a complete overhaul of its zoning ordinances to simplify the process for companies like AT&T. “We have truly embraced the notion of being one of the first cities with 5G so we have changed our permitting process related to that,” said Dyer. “We set up a process where we can pre-approve all the types of applications or installations they may have.”

Ultimately, the city’s businesses will reap the benefits of the 5G transformation, said Wilson Chow, head of global technology, media and telecommunications at PwC in an interview with South China Morning Post. “Data is king. [When companies] digitize their processes and transactions, they can then derive more value from their data. 5G will provide the backbone for the proliferation and development of these digital journeys for many corporations.”