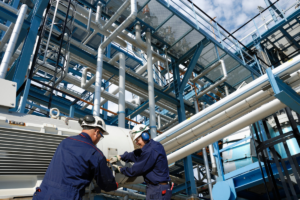 2 min read May 2021 — The Colonial Gas Pipeline, which stretches some 5,500 miles from Texas to New Jersey and pumps over 3 million barrels of gasoline a day, suffered a ransomware attack that locked down it’s production late last week and sent gas prices higher in some areas. Does that mean it’s time to start hoarding gas in Florida? Not so fast, says Port Everglades’ CEO.

The pipeline shutdown has caused panicked buying across almost a dozen states in the Southeast, with everyone from Texas to New Jersey feeling the pressure as gas prices rose between 3 and 10 cents a gallon. Normally, such jumps are seen after hurricanes batter operations along the Gulf Coast.

Here in Florida, some have noticed rising gas prices in the panhandle reaching over $4 a gallon but Port Everglades CEO Jonathan Daniels said in an interview with WSVN that South Florida receives its gasoline from one of the state’s most famous features – the sea.

Port Everglades, based in Broward County’s Fort Lauderdale, supplies South Florida with gasoline, with shipments and volume continuing at a steady and reliable pace. While a stump-line of the Colonial Pipeline reaches Bainbridge, Georgia, Daniels notes that South Florida’s supply is not dependent on the pipeline. “We’re isolated from that,” he said. “Our supply primarily comes from water, primarily the Gulf Coast of the United States. We have an extremely robust schedule. Our vessel schedule over the next few weeks is extremely solid. We have very good supply currently in the tanks, and we feel very good about the supply that’s going to be coming in for the next few weeks.”

Daniels added that the public should not need to feel concerned about the shutdown, telling WSVN the pipeline primarily serves the East Coast north of Florida.

This hasn’t stopped some Floridians from panic buying and hoarding fuel, enough that Miami-Dade Mayor Daniella Levine Cava, in an official press conference as well as on social media, noted that the only issues that will arise in the county would be due to panic buyers overwhelming the supply currently in stock.

“Let me be very clear: we do not have an emergency in South Florida,” she said during the conference. It does not affect, “in any way,” the fuel supply of the tri-county area, as its supply comes through Port Everglades. She urged calm, and emphasized that there was no need to rush out to gas stations.

“Only if you rush and hoard will we have a problem. If we continue with our normal activities, we’ll be just fine, because our gas comes in through Port Everglades, not through the pipeline. To be very clear, the only negative results will be due to hoarding.”

Colonial Pipeline, the pipeline’s operator, says it hopes to have production restored by the end of this week.