No Lull for Football Fans in Tampa Bay

No Lull for Football Fans in Tampa Bay 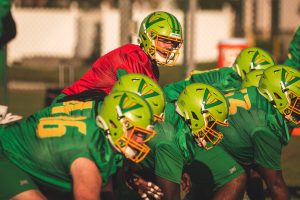 2 min read January 2020 — If the last few weeks in the Tampa Bay region have felt like a nonstop marathon of events and gatherings, that’s because it has been. While the region has been celebrating the multiple holidays and enjoying the dozens of holiday happenings around the area, there have also been some significant sporting milestones, specifically in the world of football. As the season closes for the NFL in Tampa Bay, another one begins for the new XFL and the beginning of 2020 also marked another successful bowl game in the Bay.

The end of the NFL 2019 regular season was lamented by a 28 to 22 Buccaneers loss to the Atlanta Falcons in overtime. While it was not the season Bucs fans were hoping for, it did leave some room for hope in the next season as well as some shining moments that will be enshrined in Buccaneers history. This season saw the complete dominance of what could possibly be the best wide receiver duo in the NFL, Buccaneers Mike Evans and Chris Goodwin. Between them they had almost 2,500 receiving yards, 17 touchdowns and they were both chosen to represent the NFC in the Pro Bowl.

Then there is the curious case of the Buccaneers starting quarterback Jameis Winston, who was just the eighth quarterback in NFL history to throw for over 5,000 passing yards in a season, becoming the passing yards leader for the 2019 season. This in itself should be a huge advantage on the resume of the quarterback, who was playing for a new contract this season, but that same resume for this year is marred with a new NFL record – Winston is the first quarterback to throw for 30 passing touchdowns and 30 interceptions in a single season. So while head coach Bruce Arians has a lot of positives on the offensive side heading into his first offseason with the Bucs, there are some significant decisions to be made this offseason in regards to the future face of the franchise.

Jan. 1 not only marked the beginning of the new decade, it was also the day to catch the annual Outback Bowl held at Raymond James Stadium. The bowl game, which has been played in Tampa Bay since 1986, is a staple in the community and receives support from some of the largest local institutions like Pilot Bank and Visit Tampa Bay. The game itself saw the #18 ranked Minnesota Golden Gophers take on the #12 ranked Auburn Tigers in what was an exciting game through all four quarters. While both teams jumped out to strong starts in the first quarter, Minnesota capitalized on the momentum by scoring 14 in the 2nd quarter and ultimately Auburn was never able to make a push to get ahead. With Auburn trailing for the rest of the game, the final score resulted in a 31 to 24 victory for the Minnesota Golden Gophers.

With the end of the Bucs season and the passing of another Outback Bowl, the Tampa Bay region would normally go into a football lull, but thanks to the introduction of a new XFL team, the Tampa Bay Vipers, there will be no shortage of football to enjoy. Invest: recently spoke with the president of the Tampa Bay Vipers, Josh Bullock, about the process of bringing this team to the region and why Tampa Bay is perfectly suited for another football franchise. “The process of bringing this team to Tampa Bay has been exciting, intense and rewarding. Thankfully, we have great leadership, both in the region and throughout the league, starting with the chairman of the XFL, who gave us the time and resources to build this league the right way,” Bullock stated. “We anticipate playing a fast, fun style of professional football at Raymond James Stadium for Tampa Bay fans. I believe Tampa Bay is perfectly suited for this XFL team because of the great sports fans we have throughout our community. There are many entertainment options available and our community will continue to gravitate to products that are enjoyable, engaging and offered at an affordable price. That is exactly what the XFL is going to provide.”

Football fans won’t have to wait long to start enjoying everything the XFL promises to provide as the first game is slated for Sunday, Feb. 9, against the New York Guardians. The team’s home opener at Raymond James Stadium is scheduled for Saturday, Feb 22, versus the Houston Roughnecks.