New facilities, expansions in store for the Metroplex

New facilities, expansions in store for the Metroplex 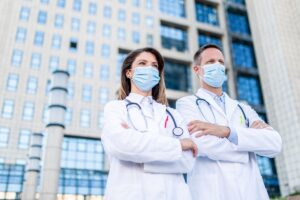 2 min read February 2022 — The Dallas-Fort Worth region is the ninth-most populous city in the country and getting larger every day. With population growth comes challenges, such as providing adequate healthcare. Recent announcements from the sector should help alleviate some of the pressure and boost the available options for all population segments.

Recognizing the rapid influx of people to Texas, Nashville-based HCA Healthcare is planning to build five new hospitals in the biggest markets in the state. Dallas-Fort Worth and Houston will get new, full-service hospitals and HCA will partner with other healthcare systems on a new hospital in San Antonio and two in Austin.

HCA employs 60,000 Texas workers at 46 hospitals and 632 affiliated care sites. The need for additional medical facilities is clear, with the average population growth in HCA’s Texas markets at 2% higher than the national average population growth of 0.7%. And the reality is that hospitals in Texas are profitable. In 2019, over 80 hospitals in Dallas-Fort Worth earned a combined $3.14 billion. Over the past five years, HCA has invested about $6.6 billion to grow its presence in the state.

Dallas-based Tenet Healthcare and subsidiary United Surgical Partners International (USPI) recently paid $1.1 billion to acquire SurgCenter Development’s ownership interests in 86 ambulatory surgery centers and related services. The deal positions USPI for growth by giving the company the option to partner with SurgCenter to develop at least 50 centers over a five-year period. There are 13 SurgCenter locations in the state of Texas.

Methodist plans to break ground on the five-story expansion later this year. It is slated to open in early 2025. Once completed, the medical center will bring more than 220 jobs to the rapidly growing city of Celina, which is projected to reach a population of 51,000 people by 2026.

With a 6% increase in the population under the age of 18 in the past 10 years, the need for additional children’s medical facilities has become even more prevalent. Major children’s hospitals have taken note, either expanding current facilities or constructing new medical centers to keep pace with the growing population.

Dallas-based Children’s Health is expanding its Plano medical campus, with the planned addition of a 300,000-square-foot, seven-floor tower. The expansion will increase access to specialty care programs for North Texas families.

Cook Children’s Health Care System is also preparing to open a second hospital on a 23-acre site in Prosper by the end of 2022. Primary and urgent care services, a surgery center and a comprehensive outpatient specialty have already been open at the Prosper campus since 2019 but the new inpatient pediatric hospital will include a 10-bed emergency room and a 10-bed pediatric intensive care unit. The hospital will also have four operating rooms, three procedure rooms, an infusion center, a pharmacy and a lab.

Responsible growth is a challenge for all communities and the Metroplex is no exception. But with the region’s commitment to the health and well-being of its residents, it should come as no surprise that many healthcare organizations have looked ahead to what the area will need as growth continues, both organically and through migration.