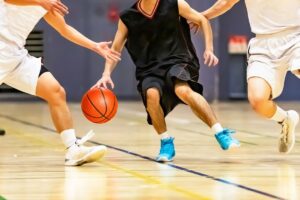 2 min read July 2021 —  While college sports have historically been a lucrative business for educational institutions, the same cannot be said for the student athletes wanting to cash in on their athletic prowess. That tide is beginning to turn, though, as states nationwide have started to establish compensation standards for postsecondary athletes.

Universities nationwide have begun adopting policy changes after a Congress-led suspension of rules prohibiting compensation for students-athletes’ names, images and likeness (NIL) with some institutions even establishing innovative programs to mutually benefit by leveraging university trademarks and logos for students’ gain.

At least 25 states have enacted laws or issued executive orders allowing for student-athletes to receive compensation for their name, image and likeness. In North Carolina,  Gov. Roy Cooper signed an executive order earlier this month establishing rules regarding how student-athletes monetize and market themselves while enrolled at a North Carolina postsecondary institution.

This week, the University of North Carolina, an institution with renowned sports programs anchored by its legendary basketball team, announced a first-of-its-kind Group Licensing Program for current NCAA student-athletes. In partnership with The Brandr Group, the innovative partnership is slated to extend new opportunities for its athletes to profit from their name, image and likeness, the university reported. As part of the program, current athletes will have the opportunity to be marketed in groups within their sports co-branded with UNC’s intellectual property.

“This is an outstanding opportunity because it will allow our student-athletes to benefit, together, with our trademarks and logos – and to have more choices and chances to collectively benefit from their NIL,” UNC’s Director of Athletics Bubba Cunningham said in a press release. “I have long supported the group licensing concept because it can positively impact so many student-athletes. I’m proud that Carolina is the first program to support college athletes, past and present, through group licensing.”

As schools across North Carolina, and the country, establish NIL friendly policies, the consensus remains that this is a decisive win for student-athletes.

“Continuing to enhance the student-athlete experience is paramount, and this is a significant step in the right direction,” Nina King, Duke University’s incoming vice president and director of athletics, said in a press release.  “With the initial parameters in place, we’ll now turn our focus to education and support while remaining flexible and adaptive. I’m absolutely thrilled for our student-athletes and the exciting new opportunities that lie ahead.”

As the governing body of college athletics across the country, the NCAA is now tasked with continuing to work with Congress and state legislatures to guide the future of NIL policies. “With the variety of state laws adopted across the country, we will continue to work with Congress to develop a solution that will provide clarity on a national level. The current environment — both legal and legislative — prevents us from providing a more permanent solution and the level of detail student-athletes deserve,” NCAA President Mark Emmert said in a press release.