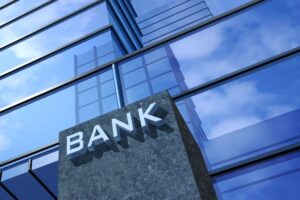 2 min read December 2021 — As the banking community evolves in the pandemic’s wake, leaders are taking strategic steps to not only provide better service but to stay relevant amid changing client needs and demands. In the next year, branch closings, mergers and acquisitions and newcomers will mark the financial services market in Greater Orlando.

Among the key questions for bankers throughout the pandemic has been what to do with their brick-and-mortar presence amid the acceleration of digital adoption among clients. The answer has been to act in accordance with client and market needs. Bank of America, for example, is closing two Orlando area branches next year. The locations, at Orlando Drive and S. Hunt Club Boulevard, temporarily closed in the second-quarter of 2020 due to the pandemic and never reopened. Both locations will be consolidated into other branches and all staff at the affected branches have been reassigned. The bank also announced closures in Kissimmee, Melbourne, Daytona Beach Shores and Deltona, but it does have plans to open a new branch in Lake Nona early in 2022, demonstrating that there is still room for physical retail.

Mergers and acquisitions have also become an increasingly large staple in the financial services sector. At the end of the summer, Orlando-based Fairwinds Credit Union announced its plan to acquire Citizens Bank of Florida and its more than $489 million in assets, which also includes Citizens’ six branches.

“For 75 years, Citizens Bank of Florida has done a wonderful job of serving the constituents of our community by providing honesty and fair dealing, first articulated by our bank’s founder,” said Citizens Bank of Florida President and CEO Rick Lee. “We are very confident that Fairwinds has our customers’ best interest in mind and will provide the outstanding service they deserve. I am equally confident that Fairwinds will continue our efforts supporting the communities in which we operate.”

The Fairwinds acquisition is also a unique deal, the Orlando Business Journal points out; credit unions rarely buy banks when compared with bank-led acquisitions. Since 2012, credit unions have acquired fewer than 45 banks in comparison to over 2,000 bank-on-bank acquisitions. Another announced merger involves Seacoast Banking Corp, which will expand its Brevard County footprint by acquiring Business Bank of Florida Corp. for $28.4 million. At the same time, Seacoast said it would also acquire Sabal Palm Bancorp, Inc., parent company of Sabal Palm Bank based in Sarasota. That deal is valued at about $54 million.

Industry insiders see the need for consolidation in the sector continuing to meet growth demands.  “I don’t believe that our growth trajectory is going to stop as the number of people moving to Central Florida every day is just going to continue to drive growth here,” Rick Pullum, president of One Florida Bank, told Invest:. “The banking industry as a whole is likely going to continue to see consolidation because the cost of being in banking requires more than it did a decade ago, so you need to get bigger.”

There are also some banking and financial institutions that are expanding. In January 2022, Central Florida will welcome Climate First Bank. The office in Winter Park will be LEED Gold-certified and will tout net zero energy consumption. Climate First Bank is the only values-based community bank founded to combat and reverse the climate crisis. As environmental awareness continues to rank higher on the list of importance for the consumer, it makes sense that Climate has spent over $40 million in projects within six months of opening its flagship location in St. Petersburg.

Climate is providing the financial services the customer needs while keeping its core interest as a priority. In addition to standard banking options, Climate First Bank offers personal and commercial loans that encourage customers to support more environmentally friendly options, such as solar energy, green retrofitting and electric vehicles. Climate is also a pending B corporation, which will ultimately give patrons assurance that their funds will only finance projects that are environmentally and socially responsible.