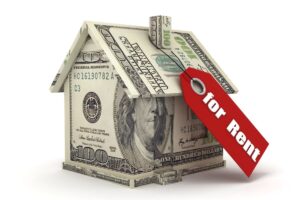 2 min read April  2022 —  Miami is facing a housing affordability crisis and local leaders are facing the problem head on by rolling out new programs and significant amounts of capital.

Miami has experienced the highest rent increases in the nation. Fueled in part by the relocation of New Yorkers, Californians and others from high-income, high-tax states, rents have risen by as much as 57%, according to the latest report by Realtor.com. In Hialeah, rents for long-time residents have spiked, with locals raising the alarm after one property raised its rents by 65% in a single sitting, prompting the local city officials to begin a new rental assistance program. In Little Haiti and Overtown, similar concerns have been raised as developers increasingly view the area as the next Wynwood, and Coral Gables has seen its middle-class renters slowly priced out of the neighborhood entirely.

Miami-Dade County Mayor Daniella Levine Cava and City of Miami Mayor Francis Suarez have both declared a state of emergency over housing and rental affordability concerns. In February, Mayor Suarez announced the reopening of the city’s Emergency Rental Assistance program, allocating $5 million accrued by the city cashing out from its MiamiCoin cryptocurrency. Last week, Levine Cava announced an additional $13 million will be allocated to the county-dedicated emergency rental assistance program, ERAP 2.4. The total aid to be disbursed to the county’s program will include $28 million from the American Rescue Plan Act, $13 million from the Consolidated Appropriations Act and the remaining funds that were originally allocated from the CARES Act.

Michael Liu, director of the Miami-Dade County Department of Public Housing and Community Development, notes that since the onset of the pandemic Miami-Dade County has distributed $105 million in rental assistance for over 17,200 families, reports The Real Deal.

In an interview for Invest: Miami 2022, Levine Cava detailed the steps the county is taking to address the affordability concerns of residents. “We are aggressively constructing affordable and workforce housing. We have $260 million set aside specifically for affordable housing and we’ll have more than 10,000 units built by the end of 2022,” Levine Cava said.

According to Levine Cava, the state and City of Miami have in effect become victims of their own success. “Affordable housing has been a chronic problem in South Florida and it’s a more pressing problem today than it has ever been. Housing prices are being driven upward with South Florida becoming an increasingly popular destination for companies and individuals,” Levine Cava said.

One of the programs Levine Cava detailed with Invest: was the public-private Rental Assistance Demonstration Program, allowing public housing to be rebuilt with increased density. “River Park in Little Havana was our first project under this program. The number of units was increased threefold and nobody lost their housing during the conversion. We have several other projects lined up to follow this example,” Levine Cava said.

The affordability problem has become a rising concern across the state. Gubernatorial candidate and Florida Agricultural Commissioner Nikki Fried has vowed to declare a state of emergency over housing availability and veto any bills that would divert funds from the state’s Sadowski funds for affordable housing.