Miami leads in the way in startups

Miami leads in the way in startups 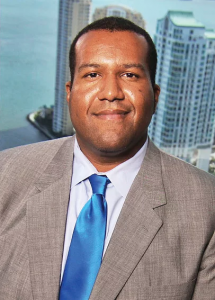 June 2017 – With a growing number of young, educated entrepreneurs and a location that offers global connections, it is easy to understand why the Miami Metropolitan Area has such a thriving startup environment. The county’s potential is further bolstered with an excellent support network with Miami’s Economic Development Agency, The Beacon Council, playing a major part.

As of May 2017, the Kauffman index of entrepreneurial activity, one of the leading indicators of new business activity for the U.S., ranks Miami as best large metropolitan area in the country when it came to startup activity. In 2016, there was a rate of new entrepreneurs of 0.56 percent – meaning that for every 100,000 adults, there were 560 starting a business venture.

In addition to advising new companies on important business and law issues, Miami-based international law firm Greenberg Traurig runs a series of events and seminars aimed at educating people on the need for a healthy startup culture, and how startups can make an international impact. Capital Analytics spoke to Jaret Davis, Miami co-managing shareholder of Greenberg Traurig, on how to support new companies and the role of the Beacon Council in Miami’s development.

How can Miami-Dade better support the growth of startups?

Miami is a robust and sophisticated ecosystem that supports startups. Opportunities for improvement include access to additional sources of capital – particularly on the seed level below $1 million and Series B funding with a level of $10 million to $20 million – and enhanced collaboration with universities and other innovators.

It is important that large corporations in Miami-Dade support startups by purchasing their output. They should also provide input on market needs to ensure startups don’t innovate in a vacuum – producing products and services that don’t address market needs. Universities and other innovators in Miami-Dade have a powerful role in ensuring research is commercialized and students are trained in the technical skills the startup community requires.

How do you see The Beacon Council benefiting Miami-Dade’s growth moving forward?

The Connect and Grow initiative is very powerful. We have launched a new accelerator program formed through our trade and logistics committee. Trade and logistics is an important target industry responsible for more than 20 percent of our jobs in Miami-Dade.

We have seen that Connect and Grow goes much further than just innovation, it brings together various aspects of Miami-Dade County. Our Urban Initiatives Task Force is doing great work to ensure all sectors of the county are connected, including those that have been historically underserved. We have brought marketing opportunities to those regions of Miami-Dade, such as South Dade, which have not received as much attention as other areas.

These could be major game-changers for the region if they deliver as we anticipate. We’ve seen the power of Connect and Grow in achieving better connections with organizations such as the Greater Miami Chamber of Commerce, plus state and national players such as Enterprise Florida and SelectUSA.