Miami is off to the races

Miami is off to the races 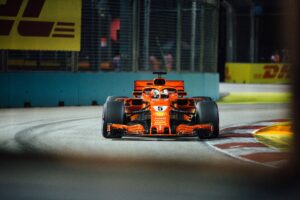 2 min read April 2021 – Formula 1 is coming to Miami and will be here for the next decade.

The announcement came over the weekend, with city of Miami Mayor Francis Suarez responding “BOOM” to Formula 1’s announcement on Twitter. The race will be the first in the state since F1’s first race in the United States in 1959.

While a date has yet to be confirmed, F1 President Stefano Domenicali said he expects the first race in a 10-year deal to take place in the second quarter of 2022. Hard Rock Stadium, the multipurpose sports and entertainment venue that has hosted six Super Bowls, two baseball World Series and innumerable rock concerts will center the track, designed to encourage the high-intensity race while still meeting stringent safety standards.

Proponents of the recently-struck deal say it will create 4,000 new jobs, 35,000 hotel bookings, and lead to more than $400 million in annual economic impact for Miami Gardens, while adding another sporting event to Miami’s already impressive list of home teams and franchises. The city is ranked among the Top 10 for sports, according to Forbes, with the NBA’s Miami Heat, MLB’s Miami Marlins, NFL’s Miami Dolphins, MLS’ Inter Miami CF and the NHL’s Florida Panthers.

The deal is more than just the race, however. The announcement outlined details for a local business support program, discounted tickets for Miami Gardens residents, and a STEM education program in area schools provided through F1.

“The USA is a key growth market for us, and we are greatly encouraged by our growing reach in the US which will be further supported by this exciting second race. We will be working closely with the team from Hard Rock Stadium and the FIA to ensure the circuit delivers exciting racing but also leaves a positive and lasting contribution to the people in the local community,” said Domenicali in his statement. “We are grateful to our fans, the Miami Gardens elected officials and the local tourism industry for their patience and support throughout this process. We are looking forward to bringing the greatest racing spectacle on the planet to Miami for the first time in our sport’s history.”

Tom Garfinkel, vice chairman, president and CEO of Hard Rock Stadium, added: “The Hard Rock Stadium entertainment campus in Miami Gardens exists to host the biggest global events to benefit the entire greater Miami region and Formula 1 racing is as big as it gets.”

The race circuit will be 3.36 miles, have 19 corners, three straights and potential for three drag reduction system (DRS) zones with an estimated top speed of 198.8 mph. Miami will become the 11th venue in the United States to hold a Grand Prix after Riverside, Sebring, Watkins Glen, Long Beach, Las Vegas, Detroit, Dallas, Phoenix, Indianapolis and Austin, which has staged the United States Grand Prix since 2012.

Photo by Hanson Lu on Unsplash