Miami is a prime destination for new food & beverage concepts

Miami is a prime destination for new food & beverage concepts 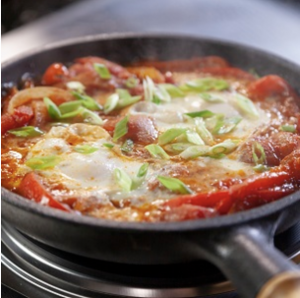 Miami’s food and beverage sector is known for its diversity, and 2019 is expected to buttress that reputation, with numerous high-profile restaurants set to spice up the local scene. The arrival of international eateries that are making Miami their first U.S. location is also helping to prop up the economy.

“The tremendous growth we’ve observed (in the real estate market) can be attributed in part to the fact that Miami has become much more important culturally than it ever has been. Even in terms of restaurants, this market never had the selection it now has,” Jackie Soffer, CEO and chairman of real estate development group Turnberry Associates told Invest:. “For instance, we just opened a restaurant in the Aventura Mall with Ayesha Curry and Michael Mina, both well-known, nationally acclaimed chefs, called International Smoke,” she said.

Restaurants are a driving force not only in Miami, but in Florida’s economy. According to a reportopens PDF file from the National Restaurant Association, restaurant and food service jobs represent 12% of employment in the state.

One of the most anticipated openings for fall 2019 is Orilla Bar & Grill, by Argentine chef Fernando Trocca. This will be the popular Argentine restaurant’s first location in the U.S. Trocca partnered with bartender Ines De Los Santo and restaurateur Martin Pittaluga, according to an article in Eater Miami.

Esplanade at Aventura, an open-air shopping, dining and entertainment complex under construction, recently announced five restaurants that will debut their first U.S locations there. These eateries, which are set to open in spring 2020, are: Carolo and Blanco Bistro, both from Mexico; Jarana, the newest restaurant concept from Peruvian celebrity chef Gastón Acurio; SU Japanese, based on Brazilian-based restaurant Kitchin; and Mixtura Market Hall, which is the first food hall announced for the complex. Miami’s rich dining landscape offers options for every type of flavor, from Latin American to Pan-asian, Caribbean to Middle Eastern,

“There’s high demand in the restaurant industry: The Miami Modern (MiMo) area is continually growing and the whole Biscayne Corridor is changing because of its proximity to key areas such as the beach and downtown,” Michelle Gonzalez, Broker/Owner of Floridian First Realty, told Invest:. “There are other areas such as Kendall and Homestead that have space for growing their culinary offerings and where we’ll definitely see more restaurants opening up.”

Gonzalez added that trendy restaurant concepts, such as juice bars and cafes, new hotels and breweries, are also reshaping Downtown Miami, including its look and feel.

For more information about our interviewees, please visit: