Meeting the moment: How MSP can grow an economy that works for all

Meeting the moment: How MSP can grow an economy that works for all 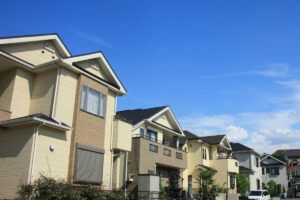 3 min read  May 2022— Homeownership remains the key pillar of the American Dream and the way by which many families build wealth over time. Yet in the Twin Cities, that dream remains inaccessible for many, often falling along ethnic and racial lines that have seen the cities develop the worst racial homeownership gap in the nation, according to a report by the Urban Institute.

The report confirmed what was already an open secret: Minneapolis-St. Paul has long struggled with racial disparities and systemic barriers that have kept homeownership out of reach, made rental housing more expensive, and by extension, has stymied the creation of BIPOC-owned businesses and generational wealth in Black and brown communities.

A number of community stakeholders have vowed to change the status quo. Spurred to action in the wake of the murder of George Floyd, there is a new sense of urgency in addressing the crisis of systemic racism and inequity that has dogged the cities for decades. Tonya Allen, president of the McKnight Foundation, thinks it’s about time. “The events of the last two years have opened a window of opportunity to make a durable, transformative change that truly addresses the root causes of inequality — not just its symptoms,” she told Invest:.

Key to that change will be banks and financial service providers. Locally-based and nationally-recognized U.S. Bank and Sunrise Banks have both made significant strides in helping to address the accessibility of homeownership and expanding banking and credit opportunities for BIPOC (Black, Indigenous and people of color) and underserved communities. Over the last decade, Sunrise Banks has developed relationships with the prepaid card and fintech industries to allow families and individuals an easier way to develop credit history.

CEO David Reiling explained that Sunrise’s commitment to addressing long-standing racial disparities has led to the creation of additional products and a wider community benefit. “We make our advocacy clear through products like our Open Door Mortgage program, an alternative lending program that helps clients who would not qualify for a traditional mortgage, including those with Individual Taxpayer Identification Numbers (ITINs),” he told Invest:. “We also work with the local Hmong community to help with EBT cards. When working on the Paycheck Protection Program, we were very purposeful about reaching out to BIPOC neighborhoods and businesses in the Twin Cities to offer assistance. We’re also willing to take on business deals that may not be as lucrative if we believe in the mission of the business … If our community doesn’t succeed, we don’t succeed. To meet the moment, all of us in financial institutions and the greater business community must work together in new and different ways, and at an unprecedented scale.”

Sunrise’s business advocacy demonstrates a wider issue, often overlooked by businesses that may be on the fence: the economic benefit of expanding access to BIPOC communities far outweighs potential risks. “Closing Minnesota’s racial wealth gaps is not only about righting historical wrongs but also about building a better future for everyone – one that fully realizes the economic potential of our region. In fact, research has shown that Minnesota’s annual GDP would be $18 billion higher if we had closed racial income gaps,” said Dorothy Bridges, board member at U.S. Bank.

Per a Bank of America report, inequalities have cost the U.S. economy $70 trillion since 1990opens PDF file . Another analysis by McKinsey highlights that in 2019, 53.7% of Black renter households were “cost burdened,” where more than 30% of gross income went to housing, which can be particularly concerning considering how owning a home in the long-term can be cheaper than renting. U.S. Bank commissioned its own survey, noting respondents’ heightened sense of helping the community and the desire to leave a positive financial legacy for the Black community as key desires among financially comfortable Black consumers.

Bridges acknowledged that decision-makers must better reflect the communities they serve to address the homeownership gap. “We need to make sure financial institutions hire Black, Latino and other non-white employees, fund managers and advisers. Research shows that when BIPOC people are in these roles, very different decisions are made about investments, hiring and contracting with other BIPOC individuals and firms.” She added: “Homeownership is still the No. 1 way Americans build intergenerational wealth, yet there are 45,000 BIPOC families in Minneapolis-St. Paul alone that are mortgage-ready but unable to get a home loan. We must help them overcome these barriers, become homeowners and enjoy economic stability for this and future generations.”

In 2021, U.S. Bank partnered with the Urban Institute to implement expanded pathways for BIPOC communities and reduce the disparities facing the cities. Over $197 million has since been provided to Black-owned or led businesses, with $25 million specifically provided to over 30,000 women of color-owned microbusinesses. U.S. Bank is also spearheading a development program that will include a full year of technical and community development in partnership with housing agencies, community leaders, and realtor trade organizations to increase Black representation in the industry across all its markets.

The McKnight Foundation, for its part, will continue its strategic investments and coordination among stakeholders to cement lasting change. Allen noted that while it will take a community-wide approach to resolve these disparities, there is no letting up on the gas either. The Foundation recently launched the GroundBreak Coalition, which aims to propel the shift to an inclusive, racially equitable, and carbon-neutral economy. The coalition brings together dozens of leaders across finance, civic, corporate, philanthropic, and government to mobilize at least $2 billion over the next ten years to transform how local communities gain access to capital.

Allen told Invest:, “We must keep reminding ourselves that as a region and country, there is no shortage of resources – it’s just that we haven’t figured out how to use them to achieve what we want to achieve. We must also remember that no one organization, company, or government entity can solve these complex challenges alone. It’s why we’re committed to building and innovating with partners who are already making progress and piloting new, creative ways to shift toward greater equity.”