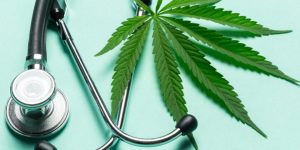 2 Min read October 2020 — It has been almost four years since the State of Florida passed Amendment 2, also known as the Florida Medical Marijuana Legalization Initiative, and since then business has been booming. Despite only being legal since November 2016, the medical marijuana industry in Florida has quickly become a multibillion-dollar operation that has shown no indication of a slowdown in growth.

The rapid progression of the industry has attracted the attention of savvy investors, businesses and entrepreneurs, all looking to capitalize on what seems to be Florida’s next “gold rush.” Tower Commercial Real Estate, one of South Florida’s leading full-service commercial real estate brokerage firms, was one of the organization’s to take early notice of the opportunity in medical marijuana. After closing $50 million worth of cannabis-related industrial and retail transactions in Florida, which equated to successful transactions for 35 dispensaries, the firm announced in July 2019 the creation of a cannabis division as part of its Tenant Representation platform.

“Working with cannabis companies requires a different level of service, attention and an immense amount of time,” noted Tower CRE’s Senior Director Rob Foster in a press release. “Through experiencing the pitfalls early on in our tenure, we have been able to create and implement a process that is efficient and effective. We have a full team that navigates through each requirement from the infancy phase to move-in. The number of transactions we have completed to date has allowed us to hone in on a precise formula to uncover new opportunities, and we have found tremendous success leading rapid expansionary efforts for our clients.”

While opportunity abounds in Florida’s medical marijuana space, the state has been noted as having a licensing process that still needs some refining. Florida’s Supreme Court is in the process of deliberating on whether or not the regulatory structure in place favors some businesses receiving medical marijuana treatment licenses over others. This case was brought to the court by Tampa-Based Florigrown, which is arguing that Amendment 2 was written in a way that favored specific medical marijuana companies.

“This is everything but a free market. It has created a monopoly,” Florigrown attorney Katherine Giddings said about the company’s challenge to the legislation.

To date, 22 companies have medical marijuana treatment licenses in the state of Florida. Despite the challenges presented by the structure of Amendment 2, these organizations are growing and expanding their operations all over Florida, hoping to capitalize on the prime opportunities present in the region. One of the most recent entries to the market is California-based Cookies, which is eyeing South Beach as its first retail location.

“Our team is excited and extremely humbled to be able to own one of the few licenses in Florida,” rapper Berner, CEO and founder of Cookies, told the South Florida Business Journal.

Despite the controversies, medical marijuana in Florida appears poised to continue its upward trajectory, solidifying its reputation as Florida’s green gold.