“I want Atlanta to be comfortably and authentically referenced as one of the best cities in the world.” Mayor Reed tells Capital Analytics. 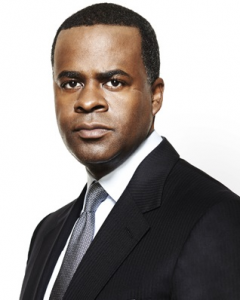 opens IMAGE file according to the U.S. Census Bureau, and there are no signs of this slowing down. With a change of around 500,000 between April 2010 and July 2016 up to nearly 5.8 million, according to figures released in the first half of 2017, Atlanta is the fourth-quickest growing metropolitan area with only New York City, Dallas-Fort Worth and Houston in front.

What is even more crucial is that this growth of population is driven by employment. On the one hand, major companies such as international automotive giant Porsche and U.S. financial services group State Farm have relocated to take advantage of the superior international links and the skilled workforce. On the other, young professionals are flooding the area, chasing after quality tech jobs in a place that, unlike competitors such as New York, will not break the bank.

Mayor of Atlanta, Kasim Reed has been a driving force behind Atlanta’s recent growth. Speaking to Capital Analytics in June 2017 said “Atlanta is one of the leading cities in attracting young talent.” The meeting was in preparation for the launch of Focus: Atlanta, Capital Analytics first publication in a series of fully comprehensive guides covering the crucial economic sectors of the Atlanta area.

He also highlighted the international nature of the city. “We also have one of the fastest growing foreign populations and the second largest foreign-born population, by percentage, on the eastern seaboard. We are becoming authentically diverse. A disproportionate number of those foreign-born citizens are entrepreneurs, so that makes our overall economy more dynamic.”

NCR is another major corporation in Atlanta, and in 2016 announced new headquarters at Technology Square, near the Georgia Institute of Technology. “The $300-million NCR campus being built, with 5,000 jobs moving into the city, is the single largest job move into Atlanta in 40 years. Average salaries will be in excess of $67,000 per year. The economic impact on the city will be more than $1 billion per year,” Reed told Capital Analytics

Reed also expressed the need for further investment into the city. “The expansion of our public transportation system is the largest for 40 years. We have the ninth-largest system in the U.S. and are expanding that in hopes that we can connect to Emory University, the Center for Disease Control and the Children’s Hospital. That is the largest job corridor without rail connectivity. The $6-billion capital program at the Hartsfield-Jackson Airport is about us looking to the future. Delta Airlines signed an agreement for 20 years, meaning that the airport will probably stay the number one airport in the world for some time to come.”

Finally, Reed expressed his hopes for the future of Atlanta. “I want the city to be in the strongest financial condition that it has been in the past 50 years. We have a strong AA+ credit, the largest cash reserves that the city has had in its history, eight years without ever raising property taxes, the largest police force in the history of Atlanta and crime at 40-year lows. I want Atlanta to be comfortably and authentically referenced as one of the best cities in the world. We are setting the scene for that.”

Mayor Reed’s interview will open Focus: Atlanta, the greater metro area’s first and only comprehensive investment guide, which covers a range of economic sectors from real estate and finance to education, technology and sports. The publication has been compiled from more than 200 meetings with executives from major Atlanta firms as well as governmental representatives.

To read more about the City of Atlanta, visit their website at: https://www.atlantaga.gov/