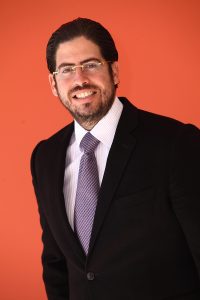 Terra’s current projects are focused in Coconut Grove, Miami Beach and Doral. What do those neighborhoods and municipalities offer to developers?

We specialize in neighborhoods with high barriers to entry. Coconut Grove and Miami Beach, where zoning requirements limit construction, allow us to create high-design buildings that leave a mark. In areas where you can build, say, 30 towers, it is harder to set yourself apart.

Doral, one of Terra’s suburban components, is an important transit hub that is experiencing tremendous job growth. We are developing master plan communities there. The idea is to bring design to the suburbs.

Both are growing, but for different reasons. People moving to Doral, for instance, are attracted to the safety of the area, the retail offerings – the abundance of South American restaurants and stores, the relative low cost of starting a business, and the good schools.

If more land were available, everyone would build single-family homes because those projects have better margins and are easier to execute. But as South Florida is running out of land, developers are, in effect, forced into urban-type projects. Moreover, the maintenance and operating expenses of high-rise construction buildings are much higher than for a single-family community that just has a clubhouse.

Another aspect of your company is that it has its own construction division. What are some recent trends you have observed in the construction industry?

As the market has become more competitive, profitability for the subcontractor base is growing substantially, which is good and healthy, but requires developers to be highly attuned to costs, to design projects knowing that last year’s costs will not be the same as next year’s. Part of the process means we are constantly analyzing the backlog for our subcontractors. More and more of the subcontractors are taking on less work than in the past. They’re limiting the number of jobs they do in order to protect themselves and their clients, and preserve quality control, which is of the utmost importance.

How will labor supply constraints be addressed?

One aspect is salaries need to go up. Another is that an area undergoing a construction boom will see an in-migration of the labor force, although it may take a while for word to spread about the opportunities.

Miami has a unique advantage in that many subcontractors and laborers prefer to live here, because of the climate and lifestyle, which is invaluable for recruitment. There is also a backlog of work here, which is attractive for laborers, many of whom are looking for long-term opportunities. This recovery in Miami is more sustainable on a long-term basis than others in the past because most of the retail, industrial and residential owners have a lot of liquidity so the market is quite strong.

Do you have concerns about the availability, now or in the near future, of certain building materials, for instance steel, glass or concrete?

Our projects don’t require much steel, so we can’t comment on that market. For glazing, formwork and concrete, although we have great suppliers, there is volatility in those industries. Petroleum prices just dropped, so petroleum-based products are going down.

It’s important to establish close relationships with suppliers. We have a strong contract with one of the largest glass manufacturers, who are based in Colombia, but have their U.S. headquarters in Miami, and a great relationship with one of the largest mining operators in the country, who supplies us with lime rock. Miami has the third-best quality of lime rock in the country and it’s all mined west of Doral.

The period from 2008 to 2013 was tough for contractors and suppliers. Many did not have the profit margins to keep their doors open. Now is their time to make up for those years, so while there are economic forces driving commodities down, because we as an industry are so busy, margins are increasing, which balances the situation out.

What we can’t do is increase the prices of our units because of construction costs. That is not an option be-cause prices are a direct reflection of demand. What you will see is that at some point, in certain neighborhoods, projects won’t get built because the market pricing is not high enough to cover certain construction costs.

How do developers address the unique challenges presented by South Florida’s climate and geography?

Florida is a leader in this country when it comes to building codes because of our experience with Hurricane An-drew. I think building to code is sufficient to withstand the impact of powerful winds.

The other thing we’re working on is sea level rise. We’re doing hydrostatic slabs, floodproofing, and being mindful of where we’re locating our utilities, vaults and lift stations, in projects where we have them, so as to address this issue. The real dilemma is that our existing infrastructure is where it is. Just because we build a project that addresses three feet of sea level rise, doesn’t mean that when the residents go into the streets that they are not confronting it.

Sea level rise is a complex matter and it’s a question of time. There are scientists who feel the catastrophic problems will come sooner and others who say it will come much later. It’s important to be ahead of the game and focused on solutions.

What lessons have developers learned from previous cycles?

One thing is that we can’t promote people to supervisor positions that don’t have the proper experience. Supervision is important and we make it our goal to be as close as possible to the construction process. Getting prices right is critical, and something we are learning and assessing daily. While we always want to negotiate the best prices, we also want the best subcontractors, which can mean paying a premium instead of going to the lowest bidders as doing so may impact scheduling if they don’t perform, or if they underbid the job.

During the crisis, many companies learned how to do more with less people. Much of the excesses were stripped and a lot of properties went from weak hands to strong hands, and that provides stability. There are no forced sales – there is no forced liquidity – which are all good signs for a healthy real estate economy. We just have to balance supply and demand and I think that’s our struggle as an industry because when you have strong international demand, it’s very difficult to predict what that depth is. That said, I am constantly amazed by the pride and commitment to Miami I see from those living and investing here, regardless of what country they come from.