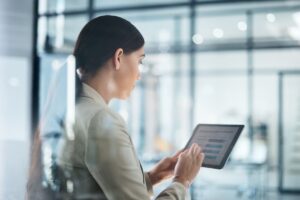 2 min read August 2021 — It appears that Jacksonville is where the tech vibe is. The Florida metro is attracting new residents at a brisk clip, according to LinkedIn data, with a healthy number of tech sector workers pushing it up the rankings as a preferred destination.

According to a recent LinkedIn study, in the past year alone, Jacksonville experienced growth of 10.8%. In terms of tech workers, the metro ranks fourth in the United States. In fact, for every 10,000 tech workers already in the region, Jacksonville saw 136 workers move here between May 2020 to April 2021.

Jacksonville is home to many well-established tech companies like Black Knight Inc., Newfold Digital, Coastal Cloud, Fanatics and Forcura, all taking advantage of Florida’s lower taxes and business-friendly regulations. However, it is the growth in fintech and data cloud technology firms in the region from 2019 to 2021 that has shown particular promise. According to JAXUSA Partnership, an economic development agency in Jacksonville, the area is on track to be the nation’s first smart region with sizable investments and research in sensory data collection, next-generation technology, automated vehicles and a designated innovation corridor. These developments are garnering interest from companies seeking to expand their organizations outside of higher priced cities.

Dun & Bradstreet, Inc., a leading global provider of business decisioning data and analytics, announced last month that it had purchased a new location for its global headquarters and is relocating from New Jersey to Jacksonville. The company’s CEO, Anthony Jabbour, attributed the decision to being in a place that caters to the future priorities for the company. “We are proud to be owners of the Town Center II building, a recently developed property that meets the highest standards of energy efficiency and sustainability today, and is located in one of the fastest growing areas of Jacksonville,” Jabbour said in a press release announcing the move.

One unintended but important consequence of the pandemic has been the ability to look outside of typical cities where certain work has been concentrated in the past. The current economic landscape has opened up the doors for technology firms across the world to rethink their office structure and, consequently, for employees to have more control over where they work. Aundra Wallace, president of JAXUSA Partnership believes that employees now have the opportunity to bolster economies like Jacksonville because they have a newfound authority to dictate where they live. “The theory that tech workers need to cluster around traditional tech centers like San Francisco or that fintech can only reside in New York is outdated. When you combine that with the decoupling of geography from employment like we’ve seen over the last year, you realize that Jacksonville is going to be a target destination for tech workers for years to come,” said Wallace.