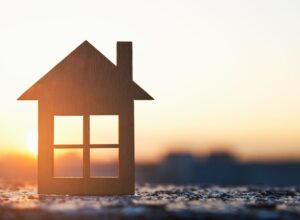 2 min read November 2022— Interest rates are rising, the market is slowing, but are housing prices dropping? Across Charlotte and the wider region, not by much.

Nationally there is a housing correction underway. After two years of increasing prices and cheap debt, sellers seem to have hit the end of their rope as interest rates stand at 6.61% for an average 30-year fixed-rate mortgage, the highest level in 20 years, and buyers have pulled back – at least, that seems to be the shift underway across the rest of the country. The situation in Charlotte, having been one of the more aggressive homebuilders over the last few years, is different.

Charlotte has in some respects managed to keep pace with the demand brought about by newly relocated residents coming with deep pockets from out-of-state. The most expensive units remained comparatively affordable to where new residents were coming from, and other, cheaper housing was quickly snatched up by the growing presence of the Millennial demographic and leveraging the pandemic’s historically low interest rates to secure a house, even if it came at higher price. Despite the number of new developments throughout Mecklenburg and surrounding counties, the pandemic-spurred buying spree meant that inventory, even today, remains tight. Investors have added further constraints on the market, and have grown to influence real estate trends in the Queen City in a short period of time.

Jenny Hassid, broker in charge of Savvy & Co., told Invest: in an interview, “We are seeing a growing interest from Wall Street investors in the Charlotte market. They are buying up houses and increasing rents, making it harder for first-time homebuyers to compete…It is worth mentioning that Charlotte is seeing a 30% increase in investors trying to buy affordable housing in our area. Although most investors are downplaying their impact by shifting the narrative to say that they only own 2% of the homes in the city limits, it must be taken into account that they went from zero to that amount in a short period. In other words, they are buying 30% of what is available in the market, changing what real estate looks like in the city.”

New units are purchased almost as quickly as they come online. Nationally, the median duration for time listed on the market stands at around 51 days. In Charlotte, that number reached as low as 3 days in May earlier this year, though according to the University of North Carolina’s The State of Housing in Charlotte 2022 report, in a sign that the market has begun to soften, it has since increased to nine days in September. Such a marginal shift offers little in the way of relief, particularly when interest rate increases have an outsized impact on low and middle-income North Carolinians and whether they qualify or not for a loan or mortgage, demand for which has already collapsed.

“After the crisis in 2008, there was a collective panic, and we stopped building new construction for a long period, resulting in a housing shortage of four million homes across the country. At the same time, buying a house now is very different when compared to previous generations; for example, in the 1960s, homes cost 75% less than what they cost today, and that is not even taking into account the fact that incomes have not risen commensurately. It is much harder today for individuals to compete against investors, especially in destination cities, of which Charlotte is becoming,” Hassid explained.

Prices have risen, with Charlotte’s median home price increasing from $273,500 in January 2020 to $420,000 in September 2022, notes UNC’s Housing report. Expanding the supply – at all levels –  will be critical in relieving prices, with Brenda Hayden, Realtor and Keller Williams Real Estate and Building Industry Coalition Chair saying at the UNC Childress Klein Center for Real Estate’s 2022 State of Housing Summit that, “The NIMBY-ism, if we really want to address affordability, we have to be willing to say ‘yes in my backyard’…we have to look at public policy, what costs are associated with those, and create an opportunity for builders and developers to do their work, and not have those additional costs passed to the consumer.”

The reality of the situation is that in order to reign in prices and expand affordability, the housing supply – of all varieties, across both Charlotte and the nation – must be increased.