In this time of uncertainty, Philadelphia’s leaders will come together in an online business forum to discuss the region’s economic climate and how to prepare for a post-pandemic world. Hosted by integrated media platform Capital Analytics, the highly anticipated event will take place on Thursday, April 8, at 11 a.m. via Zoom Webinar.

opens in a new windowPress Release 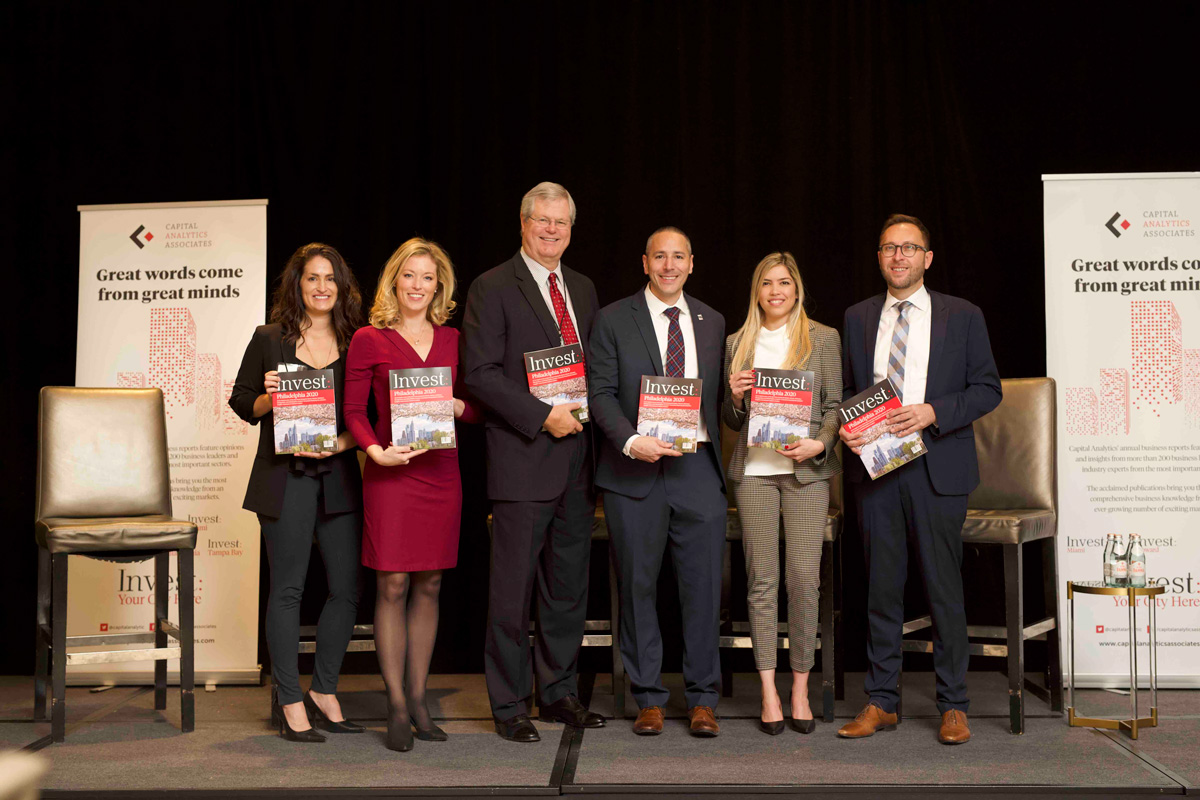 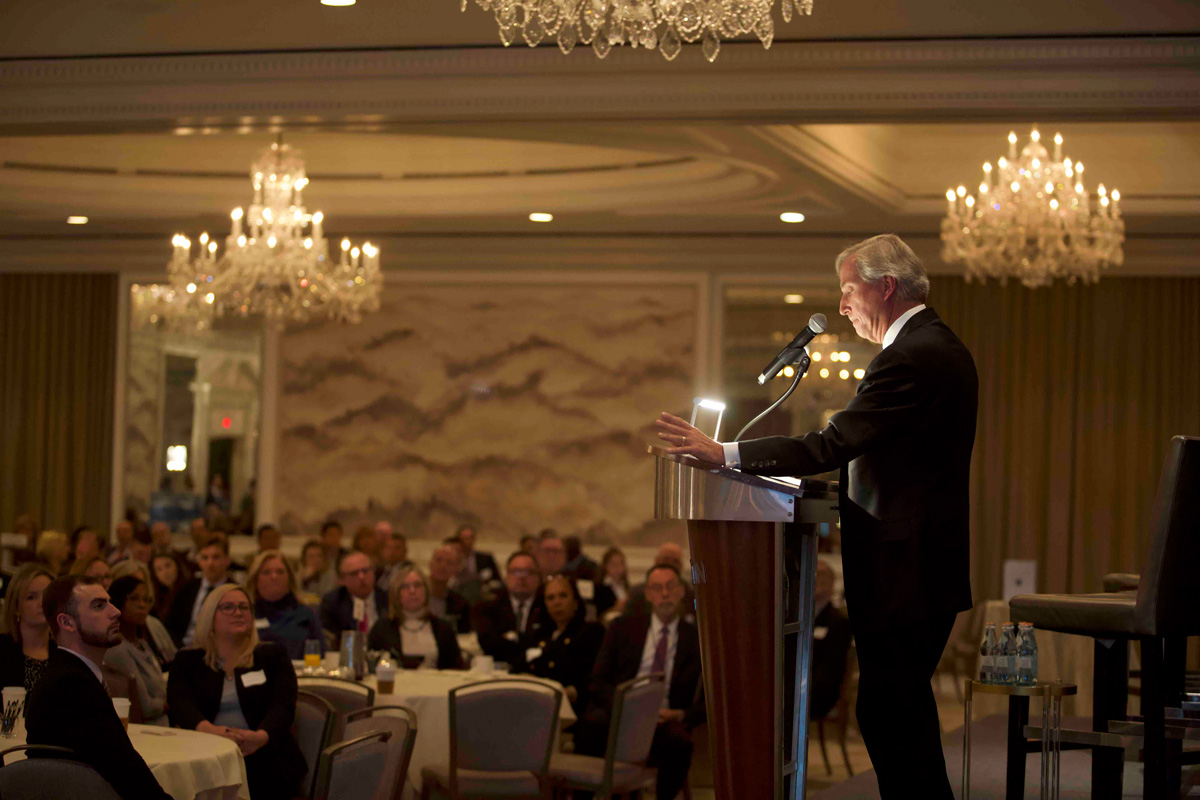 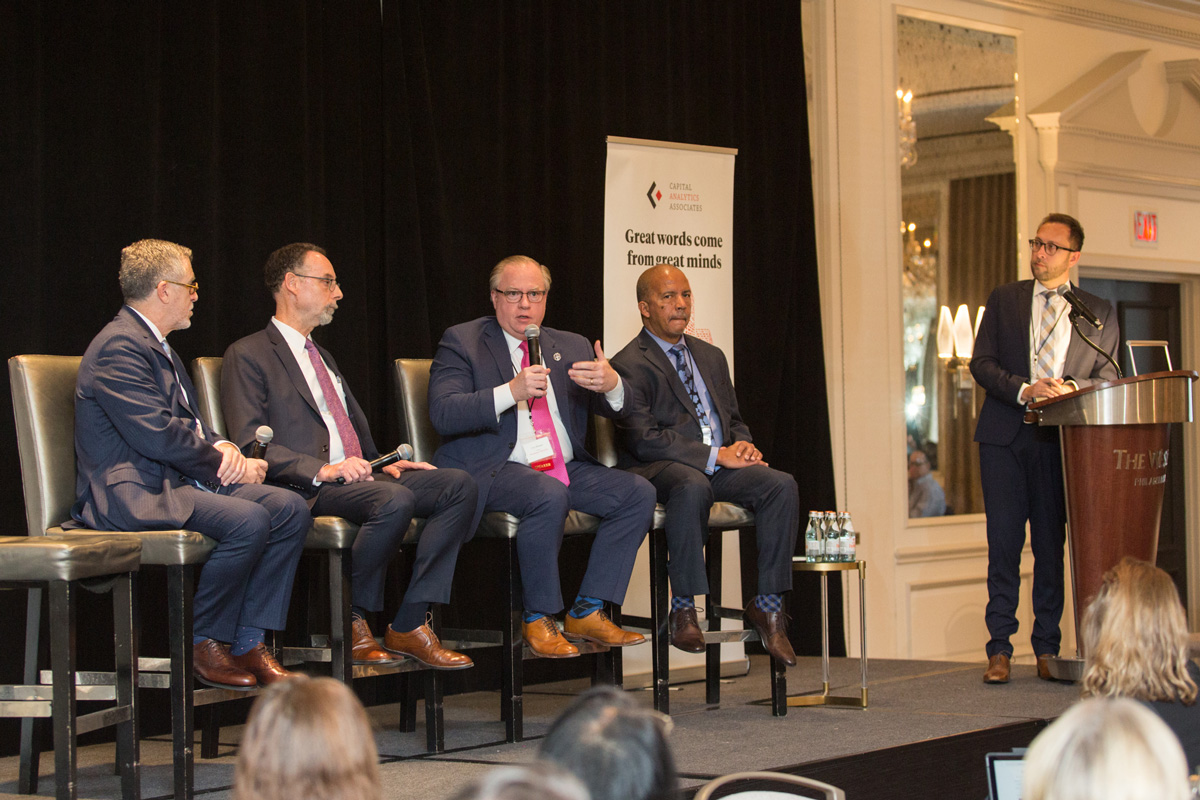 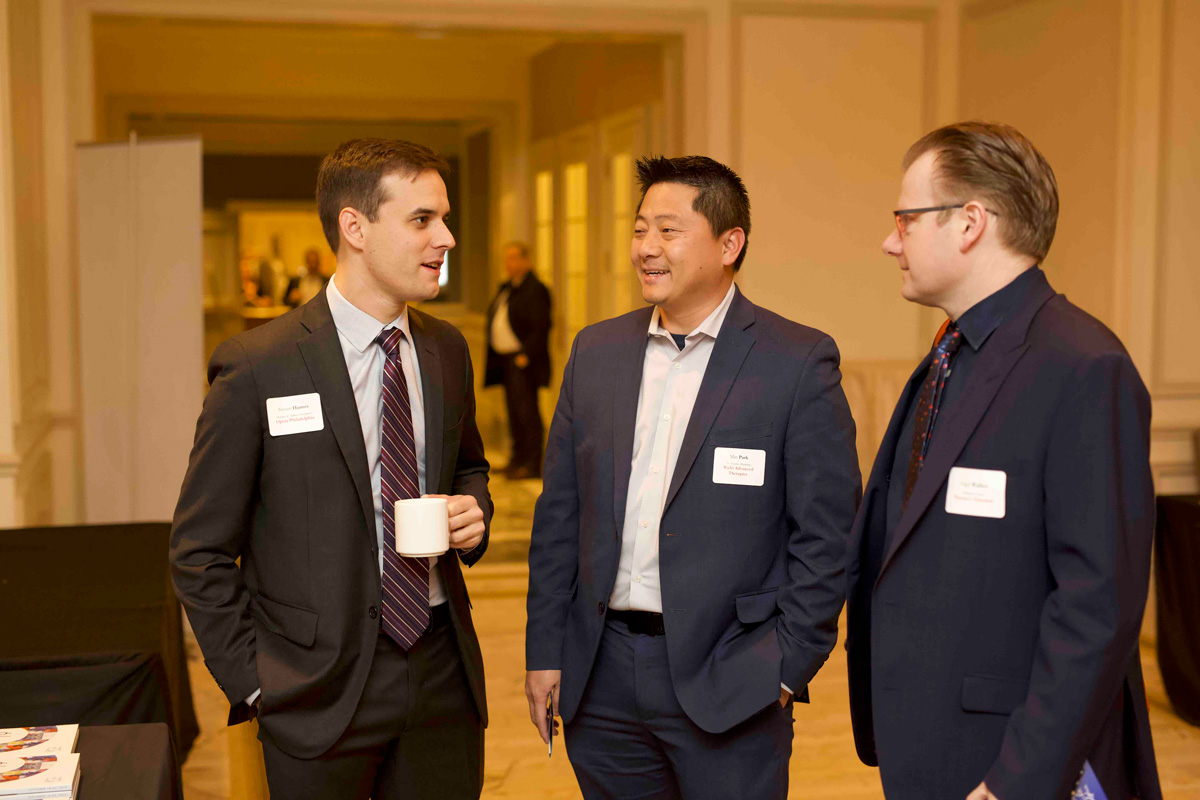 Philadelphia, PA – Philadelphia was the star of the show at the Invest: Philadelphia launch conference. Covering topics like healthcare, education and innovation, the standing room-only crowd was enrapt throughout the entire event. The 2019 edition, which debuted at the inaugural launch event on January 24, 2019, highlights the five-county region of Greater Philadelphia, including Philadelphia, Montgomery, Bucks, Delaware and Chester counties, with special focus chapters on the City of Chester and the dynamic neighborhoods in the City of Philadelphia. The launch conference took place at the Loews Philadelphia Hotel in Center City with over 300 people in attendance.

Following a short networking breakfast, the program began with an insightful keynote speech by Director of Commerce Harold Epps, who highlighted Philadelphia as a City on the Rise that has an abundance of offerings for talent and businesses alike. “Our economic success is all the more reason for Philadelphia to double down and keep moving forward,” said Epps.

The first panel discussed Philadelphia’s leading healthcare industry. The panel was moderated by Susanne Svizeny of Wells Fargo, and panelists were Jack Lynch from Main Line Health, Jay Feldstein from Philadelphia College of Osteopathic Medicine, Larry Kaiser from Temple University Health System and Lauren Murdza from DLA Piper. Jack Lynch discussed the importance of collaboration between healthcare institutions, providers and payers. Jay Feldstein discussed the challenges and opportunities of being a graduate medical school. Lauren Murdza discussed private equity groups’ involvement in the healthcare space, and Larry Kaiser talked about making sure healthcare is accessible to all.

The second panel was centered on higher education in Philadelphia. The panel was moderated by Capital Analytics’ very own Abby Melone, and panelists were Craig Carnaroli from the University of Pennsylvania, Michael Mittelman from Salus University and Guy Generals from the Community College of Philadelphia. All of the panelists addressed the growing issue of student debt and the accessibility of higher education. Craig Carnaroli talked about Penn’s involvement in the community. Michael Mittelman discussed the importance of making sure students are ready to join the workforce directly after graduation, and Guy Generals spoke to the importance of switching the mindset of education to a K-16 focus.

The third and final panel focused on innovation across all industries. The panel was moderated by Mathieu Shapiro of Obermayer, and panelists were Tricia Marts of Veolia, Atif Ghauri of Mazars, John Giordano of Archer Law and Terry Booker of Independence Blue Cross. “I was able to walk from my office in Centre Square all the way to the event underground. If anyone from SEPTA is here, that is truly innovation at its finest,” moderator Mathieu Shapiro mused as he kicked off the panel.

Tricia Marts revealed that through Veolia’s partnership with Penn, they have accomplished the equivalent of taking 75,000 cars off the road. Terry Booker spoke to Independence Blue Cross’ partnership with Comcast and its focus on human-centered innovation. John Giordano discussed the innovation he sees in the clients he works with, while Atif Ghauri spoke about the importance of innovation in tech and cybersecurity. “The key term is pace, and the pace of innovation is now,” said Ghauri.

The event was attended by high-level guests and officials from some of Philadelphia’s key industries and economic institutions. Attendees were engaged, high energy and excited despite the bad weather. The house was still full at the end of the event.

“The panels were engaging and educational. This was a wonderful event,” Kathy Schriver of AKA Residences said after the event. Even the rain couldn’t dampen the excitement of celebrating the launch of Invest: Philadelphia! 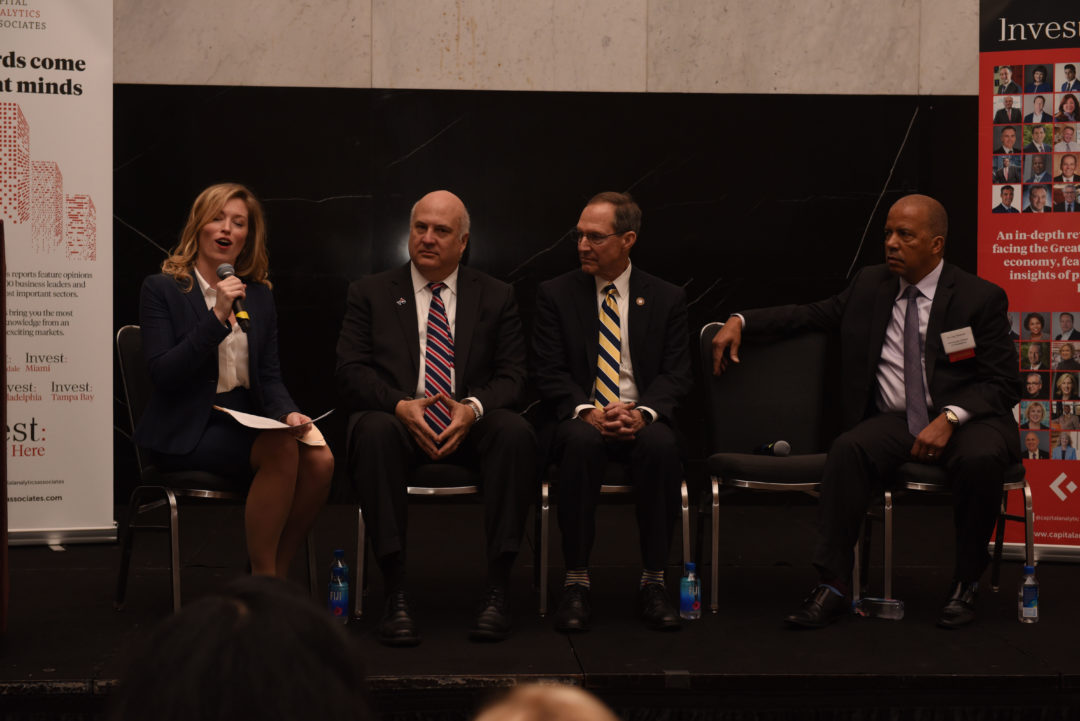 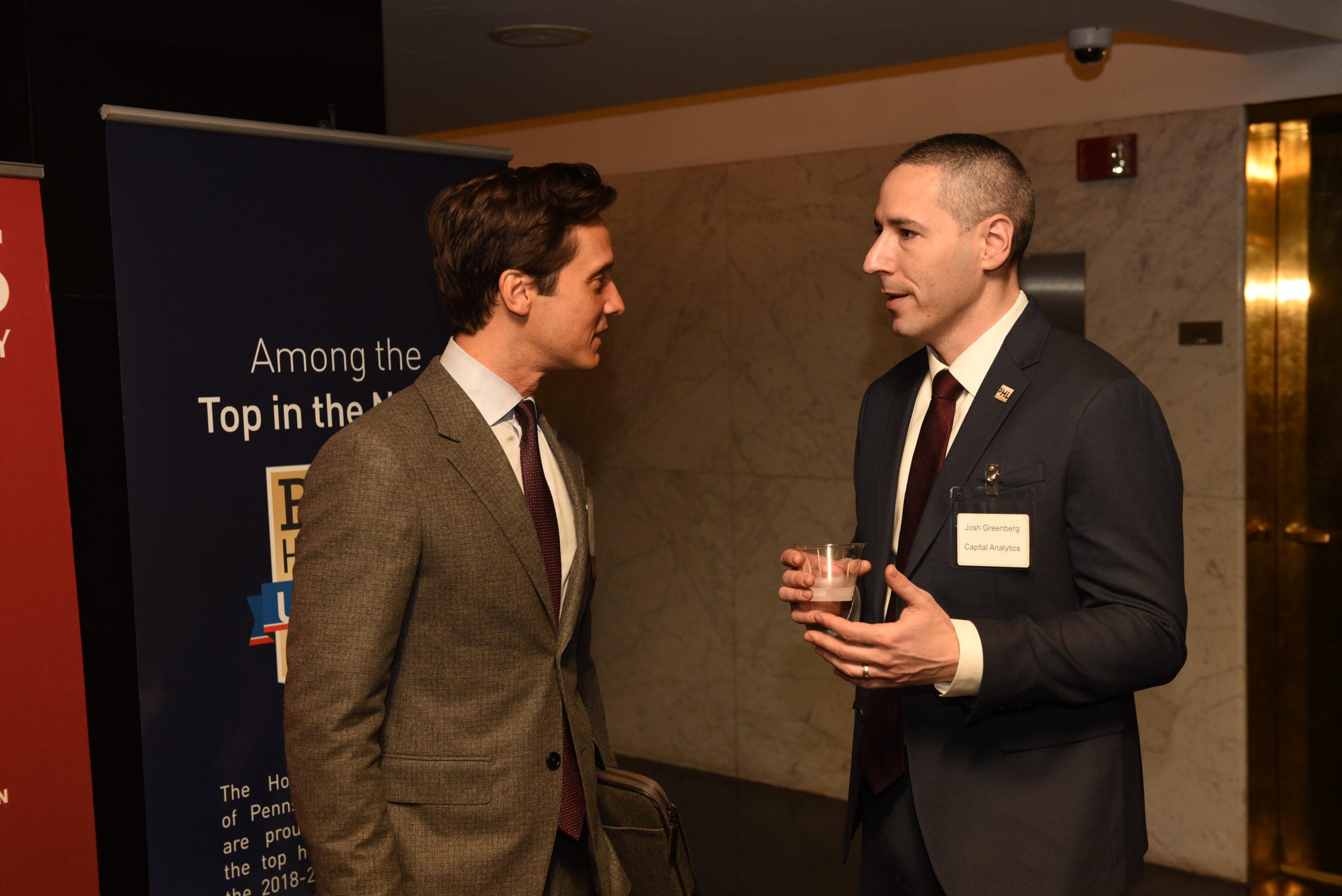 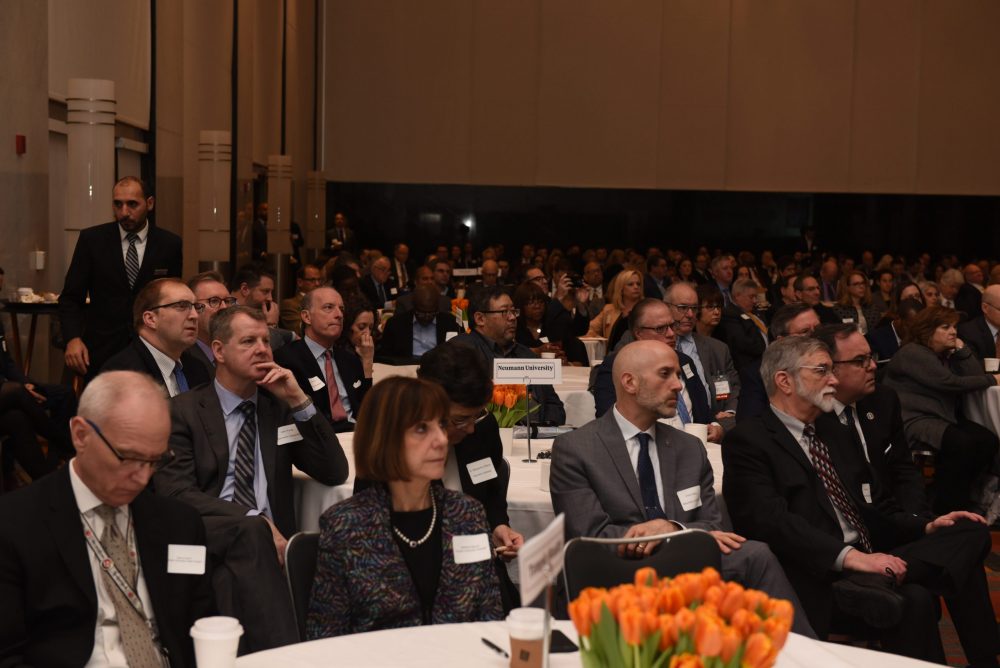 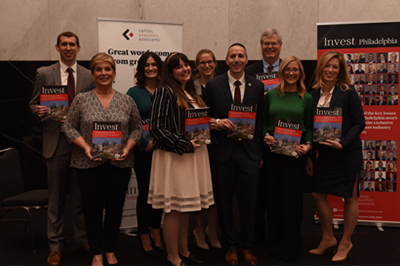