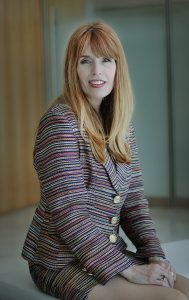 Although the impacts of climate change are varied, two of the most important issues for residents and businesses in South Florida are sea-level rise and extreme storm events. But there are also less obvious, although equally important, concerns such as the effects of saltwater intrusion on the potable water supply. In Miami Beach, the local government has implemented a robust stormwater management program to protect from increased sea levels and flooding. The city has also raised roads up to six feet to combat the effects of rising sea levels. One of the challenges of climate change occurs when addressing unexpected consequences. For instance, a restaurant in Sunset Harbour experienced flooding during a torrential downpour and although the street had been raised, the elevation of the restaurant was below the crown of the road. The insurance claim was denied because the area was deemed to be a basement and no longer insurable. The impact on insurance and reinsurance raises critical issues related to climate change. What happens if you can’t insure beyond 15 years because you don’t have accurate projections of the impact of climate change? This issue is likely to have a considerable effect on the affordability of housing in coastal areas and other regions prone to flooding. Miami-Dade County officials have met with representatives of global insurance and reinsurance institutions to discuss methods of identifying and projecting risk, as well as ways to stabilize the market and minimize issues of insurance affordability. Miami-Dade is expected to employ greater usage of public-private partnerships as a means of funding future infrastructure needs, pointing to its recent multi-billion dollar investment in water and sewer infrastructure as one successful, large-scale example. The county is also exploring ways of engaging with the private sector to share the risk, and helping with the financial impact of infrastructure projects over time. Dealing with the effects of climate change will present unexpected issues and unintended consequences that will require considerable ingenuity to address. The success of these initiatives will require local governments and the private sector to work together and take the lead in connection with these critical issues.