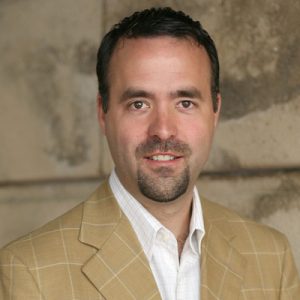 Consumer demand is an important driver of infrastructure development and what MasTec undertakes as a company. Telecommunications is a good example because it is not highly regulated like energy or water, and there is a lot of competition. Municipalities want their residents and businesses to have the best services and best internet speeds, so it is not difficult to get permission to build infrastructure. Local governments are also open as to how they deal with telecommunications companies. This is one of the main areas of infrastructure improvement. While the continued roll out of 4G has been a big driver of growth, there has also been a lot of activity in fiber-to-the-home infrastructure. The desire for increased internet speeds means fiber lines are an important product for us. More and more is being doing over the internet, so consumers are demanding higher speed at home. This is driving our business. Companies such as AT&T have been providing normal internet speeds of up to 50 Mbps. However, in the past year, a new product has come on the market, Gigabit Speed, which is 1,000 Mbps. AT&T already has significant infrastructure in the state because it has provided telephone lines for more than 100 years. Over time it has improved lines, eventually building internet infrastructure which has the main backbone of optical fiber lines, with the lateral, coaxial cables connecting homes and business. The next move is improving this with fiber lines to homes and businesses replacing coaxial cables. A lot of money is spent doing this work in Florida. New fiber infrastructure, called fiber-to-home, provides substantial speed improvements. The same demands are transferring over to the wireless space with mobile technology. This is where 5G will come into play, which is being discussed by all the major telecoms providers. It could be starting as early as 2018. This is a huge driver for our business and the infrastructure sector in general.