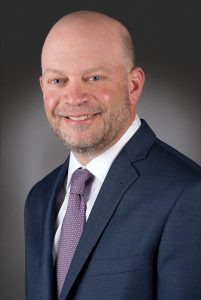 Plaza Construction has a strong year in 2016. South Florida’s population continues to grow while tourism figures remain strong, which is fundamental to continued opportunity. We are seeing a great deal of strength in the retail segment and marketplace requests for these services reflect that. High-end retail, restaurants, office build outs and mixed-use developments are in great demand. Overall, prices for real estate have continued to rise in Miami. International demand is driving some of our on-going projects such as the Ritz-Carlton Residences, One Thousand Museum and The Paraiso community. South Florida’s prices are still considered low in comparison to many international and domestic destinations and therefore more attractive to buyers. However, these rising prices are causing deal making to become more difficult as the spread between profitable and unprofitable projects is narrower. For this reason, increasingly fewer developers want to take this risk. This has led to growth in sectors that have a long-term view on investment as opposed to condominiums, which are a historically short-term marketplace analysis. This tells us that the long-term outlook for Miami is on all accounts, strong. Now that the election has passed, we are going to see growth in international demand, again, as political uncertainty has waned. In general, because Miami is a very young city, offering much investment opportunity, while being a safe haven for that investment, we have a competitive advantage that advantage will continue to burgeon growth in the near term. Allapattah, west of Wynwood, is one of the next frontiers that will be developed in the next 10 to 15 years. One of the factors behind this is the increasing land value in the east and the relatively lower land value in the west. Miami has the ocean to the east and a highly densifying urban core. We must explore new areas of the county to build in.