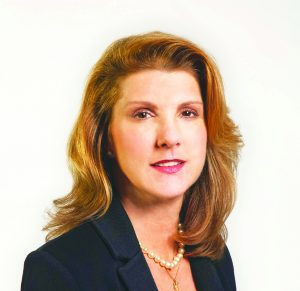 While in other parts of the U.S., Hispanics may be considered part of a niche or minority market, in Miami-Dade County, the Hispanic market is the general market. Broadly speaking, Hispanics in Miami are highly entrepreneurial and more affluent, better educated and more technologically engaged than they may be elsewhere in the U.S.

A large portion of the Hispanic population in Miami-Dade prefers to speak Spanish. El Nuevo Herald attracts these Spanish-preferring Hispanics while the Miami Herald attracts the English prefer-ring Hispanics. We also have Hispanic readers who buy both the English-language Miami Herald and its Spanish counterpart El Nuevo Herald because the coverage of the two papers is quite different.

El Nuevo Herald focuses more on news and issues that pertain to Latin America, especially Venezuela, Colombia and Cuba, while the Miami Herald emphasizes local or national news with the U.S., even as its coverage of Latin America is renowned nationally and internationally. We even have different editorial perspectives for the two newspapers that hold distinct views as they serve different audiences. A perfect example: during the Florida gubernatorial elections, the editorial staff at Miami Herald backed candidate Charlie Crist, while those at el Nuevo Herald supported incumbent Rick Scott.

It is important to note that our Hispanic readership is not monolithic. For instance, there is a big difference demographically between digital and print consumption among our Spanish readers, as is the case with our English readers. Both El Nuevo Herald and Miami Herald digital readers skew younger, more affluent and have a higher education level than readers of the print version. Essentially, we are addressing a much different constituent and audience in the digital space in Spanish and English than on the print side. As Hispanics in the U.S. continue to grow its size and influence on culture, economics and politics, it will become extremely important to understand the nuances of this mar-ket, and Miami-Dade County will be ahead of the curve nationally because of its proficiency and experience catering to this demographic.