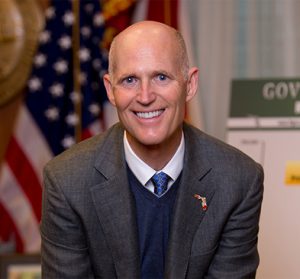 How do the public and private sectors work together to advance growth in counties like Miami-Dade?
In Florida, government is always doing business with the private sector. We have Enterprise Florida, an organization that promotes economic development in the state and that is funded by both public and private dollars. Some of the major infrastructure projects in Miami-Dade, like the PortMiami Tunnel or the Deep Dredge Project, are conducted through public-private partnerships (PPPs). The private sector undertakes considerable risk to complete these projects on time and on price, which has led to better outcomes. Moreover, the Florida State Legislature passed a bill in 2013, which streamlines the procedures and expands the opportunities for PPPs to other areas, such as higher education.
What is the state’s strategy to ensure that transportation infrastructure keeps pace with rapid growth, especially in Miami-Dade?
Today we have the largest transportation budget in the state’s history – over $10 billion. We are investing where we are seeing growth. For instance, we are putting massive dollars into our ports and PortMiami is the biggest beneficiary of that. Moving forward we must continue investing in airports and seaports because that is how people first enter our state. We are already the number-two state in the U.S. for trade infrastructure.
Given Miami-Dade’s cultural and geographical proximity to Cuba, do you foresee increased economic opportunities in light of the recent thaw in the U.S.-Cuba relations?I think it would be a mistake right now to stop the embargo. I am optimistic that someday the Castro brothers will not be in power and we will see freedom and democracy there, and at that point, we will see opportunities evolve for Floridians to do business in Cuba, and vice versa. Until then, I don’t think much will happen until we have a regime that believes in freedom and democracy.
What is your medium-term outlook for Miami-Dade?
Miami-Dade is doing really well in a number of areas, for instance, trade, education and professional services. In the last 12 months, the county added 42,000 jobs and brought unemployment down to 5.8 percent. Miami is also an important destination for tourism, which is still our largest industry in Florida. Tourism generates tens of thousands of jobs and contributes 24 percent to our sales tax.
I am very optimistic about the future of Miami-Dade. It is a very exciting economy. People from around the world want to live there, to visit there and do business there.  Miami speaks a lot of languages and it is clearly one of the best melting pots in the world. These factors will help Miami to continue its growth.