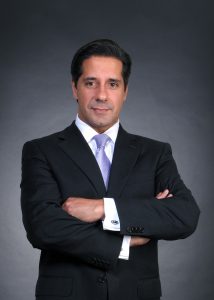 In 2015, Miami-Dade County Public Schools (M-DCPS) implemented rigorous academic standards that mirror Miami-Dade’s economic and industrial needs. Without compromising on standards, we decommissioned dozens of examinations, focusing on fewer but more effective assessments. Due to these changes, our graduation rate increased and the district now has the highest percentage of students passing college-level classes in the country. As important as our performance is our efficiency: M-DCPS boasts the highest return on investment of any public school district in the U.S., according to a study conducted by WalletHub in 2015.

We expanded the portfolio of digital content for teachers and students and achieved full high-speed WiFi connectivity in over 400 schools. We also deployed over 104,000 portable devices into the hands of students and installed 11,000 interactive classroom boards with internet access and surround sound. Additionally, we increased the number of choice programs and now lead the nation with over 64 percent of our students enrolled in non-traditional education. As we complete the implementation of a $1.2-billion county bond in the next three years, we will have fully renovated educational environments.

M-DCPS has a present and future impact on the economy, as it is the state’s second largest employer. Florida’s future relies on how Miami-Dade’s trade, commerce, tourism and other sectors perform, and it falls on M-DCPS to teach our students—representing 13 percent of the state’s K-12 population—the critical skills needed for these industries.

Rather than rejecting the cultural and socioeconomic diversity of our market as a challenge, we embrace it as an opportunity. Being smart about this means ensuring that linguistic diversity is a must, whether it is in Spanish, Portuguese, German or Mandarin. This way, we equip our students to participate in the global marketplace. But we also ensure that our students receive a complete education—that we instill civic and moral values and infuse a sense of engagement and responsibility needed to navigate a democratic society.