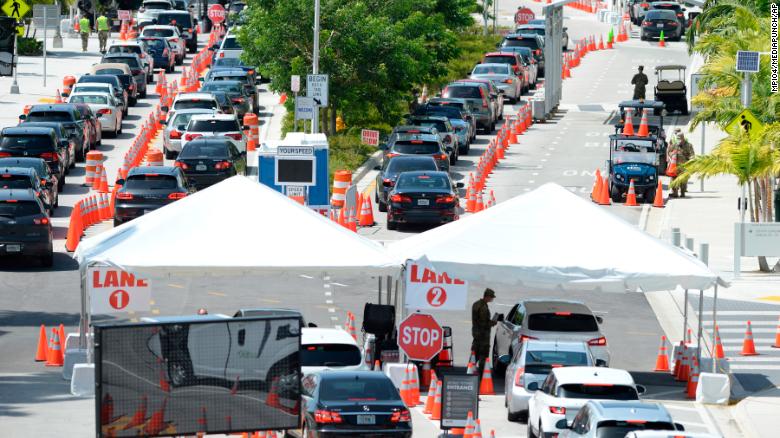 2 min read December – There is a fear of another spike in COVID-19 cases as the holiday season approaches. As a result, local municipalities are challenged with finding the appropriate balance between promoting economic revitalization and stopping the spread of COVID-19.

“We are not a city built on social distancing, we are the opposite of social distancing: we want people to come here for large gatherings, for reunions and weddings. A lot of cities speak about their manufacturing baseline. We manufacture one thing as a city, which is special moments. That’s what we do. We’ve got to keep an eye on that and make sure that those moments are safe and that people feel comfortable, and that they leave here in the same way,” Dan Gelber, mayor of Miami Beach, told Invest: Miami.

Among the ways local government officials are trying to keep Miami-Dade safe is by requiring face masks to be worn at all times when out in public and issuing citations to those not in compliance. Another county curfew from midnight to 6 a.m. has also been implemented. Daniella Levine Cava, mayor of Miami-Dade County, who recently tested positive for COVID-19, supports the city’s decision to enforce these regulations.

In an effort to stimulate the economy, Miami-Dade County is scrambling to distribute millions of CARES ACT funds to people in need. However, that seems much easier said than done. “There are a lot of applications we weren’t able to fund because of limited funding, so this is going to give us an opportunity to fund those who were still in the cue, as well as re-opening the applications,” Vanessa Benavides, associate vice president of the United Way of Miami-Dade told Local 10 News.

Despite challenges, Miami-Dade County remains steadfast in its mission toward economic stability. Tourism and culture, among the county’s biggest economic drivers, was one of the worst hit sectors by the pandemic. However, there are plans to grow Miami’s Entertainment District into an internationally recognized art deco hub. As part of that effort, Miami-Dade County’s Board of County Commissioners approved a resolution to use $10 million from the federal CARES Act to help cultural organizations and artists.

“Our city, as I’ve watched its various iterations in the last 20 years and more recently as mayor, has really fought to expand and maximize its arts and culture profile. Part of that has been institutions that have grown in our city or close to it. We have the New World Symphony, the Miami City Ballet, a series of museums, we’ve attracted huge hotels, such as Faena in the Arts District and the W. We are also next to Miami’s art center and the new museums that have come up. We’ve really developed a substantial arts and culture profile, which we think is the best version of our city. The Entertainment District needs to be a part of that as well, it doesn’t need to be an all-night, hard party district. We want to reimagine it as an art deco cultural district, with restaurants and obviously bars and clubs. We intend to energize that with a November ballot proposal that will allow the Wolfsonian Museum to double its footprint and set up a sort of a fortress to become an inviting museum.” said Gelber.