Inflation Reduction Act: How many dollars are going to your state’s clean energy economy?

Inflation Reduction Act: How many dollars are going to your state’s clean energy economy? 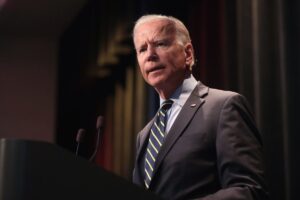 3 min read August 2022 — The Inflation Reduction Act will result in over $500 billion of investment nationwide for large-scale clean power generation and storage, according to the White House. As investment flows into the clean energy economy, some states are poised to benefit more than others.

“After months of negotiation, the Inflation Reduction Act is now law, and the United States is on a path to becoming the world’s unequivocal leader in clean energy,” said Abigail Ross Hopper, president and CEO of the Solar Energy Industries Association (SEIA) in a opens in a new windowstatement.

According to Dan Pickering, CIO of Pickering Energy Partners, the legislation will significantly improve the economics of solar, wind and battery storage projects. “This is something that’s going to create a lot of investment,” said Pickering in an opens in a new windowinterview with CNBC. “If we’re going to hit net-zero by 2050, or get anywhere close, we’re going to have to do things like this.”

The Inflation Reduction Act, enacted on Aug. 16, is estimated to put opens in a new window$369 billionopens PDF file toward energy security and climate change and further expansion of the clean energy industry is anticipated to follow, boosting economic growth and job opportunities.

As a result of the legislation, the White House Briefing Room opens in a new windowestimates “investment into large-scale clean power generation and storage” between now and 2030 to increase by over $500 billion nationwide, with the amount of investment varying widely from state to state.

Texas and Florida are set to reap the biggest windfalls, with $66.5 billion and $62.7 billion, respectively. Texas and Florida hold the No. 1 and No. 2 spots for total net electricity opens in a new windowgeneration. Texas is currently the opens in a new windowNo. 1 producer of renewable energy nationwide, but Florida is not even in the Top 10. While the methodology of the White House’s estimates are not provided, nor whether the dollar figures are purely private investment, public or a combination of both, these estimates exhibit Texas and Florida as the two greatest winners of the legislation.

The smallest outlay will go to Delaware at $30 million, while Alaska, D.C. and Hawaii will not receive any significant funds.

For energy companies such as Duke Energy that were already incorporating renewable energy into their strategy, the legislation is positive. “Our customers depend on us to deliver affordable, reliable and increasingly clean energy. We expect the clean energy tax credits will enhance our ability to meet those demands now and in the future,” said a spokesperson from Duke Energy Florida with Invest:. “Since the late 1980s, the company has been advancing solar technologies in Florida. Our near-term solar generation portfolio represents over $2 billion of investment, about 1,500 MW of emission-free generation and approximately 5 million solar panels by mid-2024.”

According to American Clean Power, the Inflation Reduction Act will “catalyze opens in a new window$600 billion dollars in private investment into the grid through 2030” and double the clean energy workforce. These projects are estimated to generate over opens in a new window$900 billion in economic activity and add nearly $500 billion to U.S. GDP across the decade.

American Clean Power also estimates that the legislation will help create an additional 525 to 550 gigawatts of clean power projects between 2022 and 2030, bringing enough clean power online to power every American home by 2030. For comparison, the current gigawatts capacity of U.S. wind power stands around 139 and solar at opens in a new window126.

However, many leaders aren’t completely convinced that the new law will be an overall benefit for the economy, especially at a local level in markets such as Pennsylvania where natural gas is abundant. “Am I 100% sold on it, not really,” said Don Myers, commissioner chairman of Armstrong County, PA., with Invest:. “The natural gas industry is big here, and I would like to see support for that. Pennsylvania is like the Saudi Arabia of natural gas, and it’s done responsibly. This industry also provides good family-sustaining jobs that are much needed here in PA.”

While the legislation is a milestone for not only the U.S. but the world in the pursuit of a greener, cleaner economy, much of the world lags behind the U.S. “This is just a U.S. domestic bill. There’s still international policies that aren’t aligned with this type of framework,” said Nasdaq Senior Energy Analyst Rich Pontillo in an opens in a new windowinterview with Yahoo Finance.

The below table displays the amount of investment each state should expect into large-scale clean power generation and storage following the Inflation Reduction Act, based on White House opens in a new windowfigures.