If you build it, they will come

If you build it, they will come 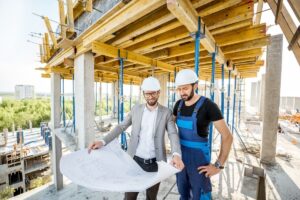 2 min read March 2022 — Construction is so commonplace that it’s hardly noticeable when a project is started, or completed. While residents are certainly keeping an eye on mammoth infrastructure projects, such as the Ultimate Urban Circulator, there are several notable developments that could have a huge impact on the Jacksonville economy and quality of life.

Developer SouthEast Development Group LLC has big plans for the Laura Street Trio. The latest renderings for the two/phase redevelopment include plans for a Marriott hotel, a boutique grocery store and retail space. The residential portion of the development, which will encompass phase two, is still conceptual.

The Laura Street Trio consists of the historic Florida Life, Bisbee and Marble Bank buildings in Downtown Jacksonville. Funding was approved by city council for the renovation of the Laura Street Trio in 2017 and initial plans featured new construction north of the Trio, which is still included in current renderings.

The 30-mile public-private partnership known as Emerald Trail will connect 14 historic urban neighborhoods to Downtown, the St. Johns River, McCoys Creek and Hogans Creek. Creating new trails and parks for the area, construction has already begun on the first section, which will connect Brooklyn and LaVilla to the S Line Rail Trail. The Emerald Trail project is scheduled for completion in 2029.

Duval County’s local option gas tax, approved by the council in May 2021, is funding the cost of Emerald Trail’s construction. The project is also being supported by private donors, including VyStar Credit Union and the David C. Miller Fund. Brian Wolfburg, president and CEO of VyStar, and David Miller, co-founder and executive chairman of Brightway Insurance, have also been named Emerald Trail Champions by Groundwork Jacksonville, the partner on the project with the City of Jacksonville.

A Four Seasons for Downtown Jacksonville has been the buzz since 2017. Jaguars owner Shad Khan and his company, Iguana Investments, have been at the forefront of the efforts and continue to push to bring the luxury brand to the area. Funding from the city was approved last fall and the proposed development deal would allot nearly 5 acres of Riverfront land for the Four Seasons. The Fire Museum, the dock and the Marine Fire Station that is on the property will also be relocated.

Iguana Investments, which will own the land and the hotel, has committed to the development, including a 176-room Four Seasons Hotel with 25 condominiums for sale. The agreement also requires the hotel to be open by the end of 2025.

The popular water park is scheduled to be torn down to make way for a 427-unit apartment complex, per the new property owner, JB Fair Park MF. While a new location for Adventure Landing is being scouted by NRP Lease Holdings, owner and operator, the park continues to push back the closing date. The doors were initially scheduled to close in October 2021, then December 2021 and then March 2022. As of press time, the park is still open and operating, and the event calendar on the website has open dates for the park through May.

“The Adventure Landing story does not permanently end here, as the owners are in the process of exploring other locations in the Jacksonville area to build another water park,” said a media release. “Adventure Landing will remain a positive fixture in the Jacksonville community and is looking forward to carrying out the traditions of providing family entertainment in a safe, clean and fun environment for future generations.”