His Airness bullish on NASCAR

His Airness bullish on NASCAR 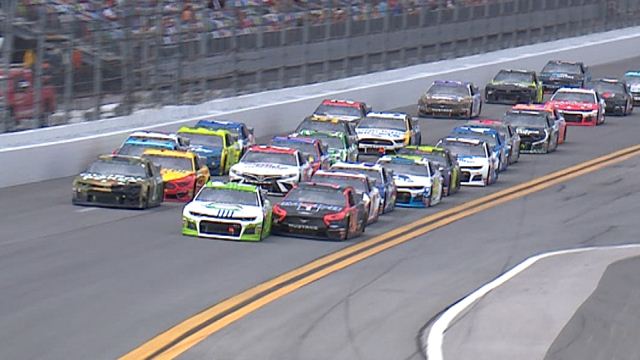 2 min read September 2020 — After conquering every imaginable feat on the basketball court, His Airness is ready to let it fly on the asphalt. Charlotte Hornets owner Michael Jordan, together with NASCAR driver Denny Hamlin, will own the newest car racing around the track come the 2021 season. Driver Bubba Wallace, coming off a career-best season, will drive the basketball icon’s car, after announcing his departure from Richard Petty Motorsports earlier this month.

Jordan will be the majority owner of the single-car NASCAR Cup Series team with Hamlin slated as the minority owner. Hamlin, a Jordan Brand athlete, has long enjoyed a friendship with Jordan.

The Jordan-Hamlin ownership is set to announce the organization’s name, car number and further details at a later date. The group indicated that it struck an agreement to acquire the team charter from Germain Racing, the NASCAR organization reported.

“We proudly welcome Michael Jordan into the NASCAR family, and look forward to watching Michael, Denny Hamlin and Bubba Wallace compete in 2021,” the NASCAR organization said in a press release. “Michael is an iconic sports figure and celebrated champion whose fiercely competitive nature has placed him among the greatest athletes of all time. His presence at NASCAR’s top level will further strengthen the competition, excitement and momentum growing around our sport. We wish Michael and his team tremendous success.”

Jordan has long had an affinity for fast cars, motorcycles and racing. Many of his shoes have taken design cues from racing car staples such as Ferrari, Porsche, and even fighter jets. But this is not Jordan’s first foray into the racing world. In 2004, shortly after His Airness hung up his namesake sneakers for good, Jordan dove into the world of motorcycle racing, forming a motorsports team with the help of Nike and Pete Mauhar, a racing team manager with a decade of experience, according to his official website.

Reportedly, Jordan hopes that this venture into NASCAR will help create diversity in ownership and driving talent. “Growing up in North Carolina, my parents would take my brothers, sisters and me to races, and I’ve been a NASCAR fan my whole life,” Jordan said, according to the NASCAR organization. “The opportunity to own my own racing team in partnership with my friend, Denny Hamlin, and to have Bubba Wallace driving for us, is very exciting for me. Historically, NASCAR has struggled with diversity and there have been few Black owners. The timing seemed perfect as NASCAR is evolving and embracing social change more and more.”

Reportedly, Hamlin will remain a driver of the No. 11 Toyota for Joe Gibbs Racing,  where he has been racing since 2005. Hamlin has six wins this year and is one of the favorites to win the 2020 championship.