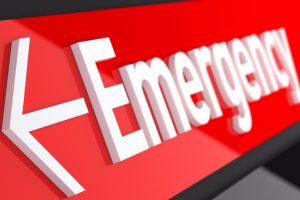 2 min read October 2019 — Orlando’s population has increased rapidly over the last few years, making it one of the fastest-growing metro areas in the United States. As the city continues to grow, local healthcare organizations are immersed in numerous expansion and improvement efforts.

The region’s main health providers have been expanding their partnerships, free-standing emergency rooms (ER), specialized centers and hospitals. The Invest: team recently met with Daryl Tol, president and CEO of AdventHealth Central Florida Region, who pointed out some of the fastest-growing areas of service and care in Orlando.

“We have added quite a number of free-standing locations with doctors and emergency services in areas of need, instead of having to build a whole hospital. We are growing in our academic work around community cancer research. The cardiovascular institute is seeing high demand as well. We are also redefining our primary care model to include virtual care, which will allow patients to connect via video or text messages with their doctor,” Tol said.

AdventHealth opened the Waterford Lakes ER on Sept. 27, which is its fourth free-standing ER in the area. The hospital also announced plans to build an 18,400-square foot, 24-bed hospital-based emergency department in Port Orange for adults and children, and has the Oviedo ER set to open in the next few weeks. AdventHealth has also partnered with​​ Moffitt Cancer Center to improve cancer care and establish a clinical research facility and chemotherapy/immunotherapy infusion program at AdventHealth Celebration.

Orlando Health is also deploying a high amount of capital in expansions and new developments. The $3.8 billion not-for-profit healthcare organization recently opened Orlando Health Emergency Room and Medical Pavilion – Lake Mary. The 25-room ER can manage a majority of emergencies, from minor trauma to broken bones. The adjacent medical pavilion will offer several specialties including, pulmonology, pediatrics, obstetrics and gynecology, urology, orthopedics, general surgery, cardiology, and cardiac rehab. The second phase of this campus is already in development with the construction of a hospital expected to begin in the spring of 2020. Orlando Health has a total of six free-standing ERs either under construction or completed in Central Florida.

Tennessee-based healthcare provider HCA Healthcare also opened its third free-standing ER in Millenia on Sept. 18. According to an Orlando Business Journal article, HCA plans to build a 12-bed emergency department in Davenport, which is expected to open in 2020. HCA has also partnered with the University of Central Florida to build the UCF Lake Nona Medical Center, which is expected to open in the fourth quarter of 2020.

As Orlando’s population continues to rise and the healthcare sector remains highly competitive, it is expected to continue to see a high amount of healthcare-related construction and development in the region.