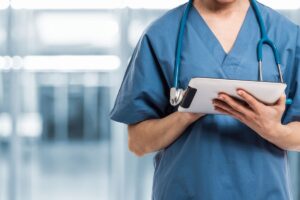 While the Bentonville, Arkansas-based company is hiring in other parts of the state, most notably Jacksonville and Middleburg, locations across Orlando and in neighboring areas where it is looking to grow its healthcare presence, as first reported by the Orlando Business Journal, include:

While the move is not entirely new, with Walmart having already implemented versions of its healthcare clinics in the past in other states, such as Georgia, Arkansas and Illinois, the current expansion is part of an overall strategy to engage more with customers and retain them within the Walmart ecosystem, whether it be through in-store and in-person clinics or telehealth visits back at home, said CEO Doug McMillon during the company’s second-quarter 2022 earnings call on Aug. 17.

“It’s how we stitch this whole thing together from telehealth in the role that healthcare plays in the home, on mobile devices, how you triage a customer when they start to interact with you to direct them to the place to get the right care at the right time,” McMillon said. “And sometimes that will include a trip to the store in the clinic. Sometimes it will be a telehealth experience that they have in their home or somewhere else.”

As Walmart looks to grow its healthcare offerings, perhaps in part fuelled by lingering concerns over the future of retail more broadly, Deerfield, Illinois-based Walgreens Boots Alliance, more known as simply Walgreens, is also charging ahead with its own healthcare clinic offerings through its partnership with Chicago-based VillageMD and the opening of Village Medical clinics at current Walgreens locations across central Florida and Orlando. Locations include:

In a released statement, Walgreens Vice President of Healthcare Services Jamie Vortherms said, “Together, Walgreens and VillageMD are committed to expanding access to healthcare in America through coordinated primary care and pharmacy services in our stores and virtually.” He also hinted at future growth prospects the new clinics exemplified: “These 10 new clinics in Orlando are the first of many we hope to bring to Florida to provide residents high-quality care in the communities where they live, shop and work.”

While Walmart was unclear regarding how many jobs would be created through its healthcare clinic programs, Village Medical estimates that its clinics across all of its Florida Walgreens locations will create approximately 400 jobs within the community, 200 of which are in STEM (science, technology, engineering and mathematics)-related fields that are high-paying, professional positions.