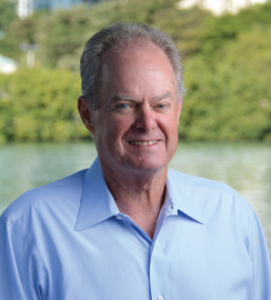 What were the origins of eMerge Americas and the movement to build a tech hub in Miami?

The idea grew out of my frustrations in running a publicly traded tech company, Terremark, headquartered in Miami, but the city not getting any respect when it came to technology. Miami is the capital of everything having to do with Latin America, except technology. We determined that a major event, modeled after South by Southwest (SXSW) in Austin, would be the best way forward to promote the tech potential and opportunities that exist here – just look at what Art Basel did for arts and culture in Miami. This conference, however, is just one part of a greater strategy, which has the following four pillars: education; incubators and accelerators; funding mechanisms; and an employment base. These are the four essential components to a healthy tech ecosystem.

What are some of the tech trends in and related to Latin America? How do these impact Miami?

There is greater mobile penetration in Latin America than in the U.S., which makes mobile technology a key growth area in the region, as are cyber security and cloud products, or “agile IT.” Miami is well positioned to benefit from the growth of Latin America’s tech industry, and the increasing international interest the region has generated. We are seeing an insatiable appetite for the transfer of technology into Latin America from abroad, as well as a desire to import technology developed in Latin America to the U.S. For legacy companies – the IBMs and HPs of the world – the explosion in the development of innovative technologies in Latin America presents new opportunities for their business.

Miami houses the Network Access Point (NAP) of the Americas, through which 95 percent of the Internet traffic between Latin America, North America and Europe passes. There are 170-180 carriers amalgamated in this facility, and that is a feature that sets Miami apart from a connectivity standpoint. Miami also has a strong bilingual base, which is increasingly important for developing technology ties with Latin America and attracting Latin American capital.

With regard to funding, eMerge Americas is working to recruit more venture capitalists (VCs) to Miami. What has been the progress to date?

The success of eMerge Americas, which saw more media impressions in its first year than SXSW, has been eye-catching for Silicon Valley and East Coast VCs. We are also capitalizing on the presence of family offices here in Miami, many of whom were previously investing almost exclusively in real estate, but are now providing seed money for a number of tech ventures and talented entrepreneurs.

What winning the World Cup bid means for Philadelphia Copy