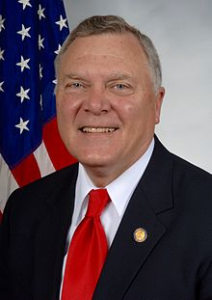 With the busiest airport in the world by passengers, the Center for Disease Control and a film industry producing global box-office hits, Georgia truly has an international impact. The Hartsfield-Jackson Atlanta International Airport saw more than 100 million passengers in 2016, and with almost 3,000 flights arriving and departing both nationally and internationally per day it is easy to understand its popularity.

In a recent interview for Focus: Atlanta, Governor of Georgia, Nathan Deal, was keen to emphasize the impact that logistics has on the economy of the state. “One of Georgia’s greatest economic development assets is global accessibility with our interconnected highways and waterways, creating the ideal location for innovative companies to thrive,” he told Capital Analytics. “We’ve taken advantage of a strategic location on the Southeastern corner of the nation to become a global hub for trade with the fourth busiest port in the nation, the busiest airport in the world and two Class I rail lines.”

Governor Deal answered questions on a number of key topics for the first edition of Focus: Atlanta, which is a series of fully comprehensive guides covering the crucial economic sectors of the Atlanta area. As well as pointing out the crucial role Georgia ports and transit systems play, he was keen to mention how its cultural attractions also create a significant draw across the world.

“Our growing film and music industries contributed significantly to the rise in tourism. In fact, Georgia ranked first in feature film production in 2016, surpassing California and New York for the first time, with 17 of the 100 top grossing feature films produced in our state. The 245 film and television productions shot in Georgia in 2016 represented $2.02 billion in direct spending in the state with an economic impact of over $7 billion.“

Spiderman: Homecoming and Baby Driver, both top-10 box office draws at the time of writing, were shot in Atlanta. With the Marvel Cinematic Universe mostly filmed at the city’s Pinewood Studios, Georgia has the potential to take one of the biggest shares of cinematic receipts in 2017.

The internationalist approach is an important characteristic of many businesses native to the state, as well as a growing number of multinationals, such as Porsche taking root in Georgia. This attitude is reflected by leaders both on city and state levels, and one that continues to translate into economic success.

As Deal told Capital Analytics, “Georgia’s 2016 trade numbers reinforce the state’s position as a front-runner in the global economy and as a leader in international trade. In 2016, total trade between Georgia and the world exceeded $121.7 billion, and exports surpassed $35.5 billion. As a matter of fact, companies in 95 percent of Georgia counties are active in international trade.

As a global leader in the marketplace, companies, site selectors and visitors often say that what makes Georgia stand out is the experience and totality of attractive assets we offer. With the support of our statewide economic development partners, we provide an all-encompassing experience that cannot be found anywhere else.”

Governor Deal’s interview will open Focus: Atlanta, the greater metro area’s first and only comprehensive investment guide, which covers a range of economic sectors from real estate and finance to education, technology and sports. The publication has been compiled from more than 200 meetings with executives from major Atlanta firms as well as governmental representatives.

To read more about the State of Georgia, visit http://www.investgeorgia.net/