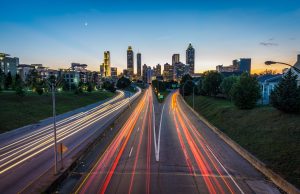 2 min read July 2020 — The Peach State’s methodical investments in economic development, workforce training, support for small businesses, and overall pro-business environment continue to pay dividends for the region, even in the midst of a global pandemic.

Georgia was once again celebrated as a leader in economic development in June by Area Development Magazine, which awarded the state its 12th Silver Shovel Award. This distinction, Georgia’s 11th consecutive award, celebrates the region’s excellence in economic activity, job creation and investment attraction. Besides this latest recognition, the region also saw significant technology-based business expansion in June, while its film industry readies to meet pent-up studio demand, which is set to employ some 40,000 people — a significant boon to the local economy afflicted by coronavirus-related challenges.

“It’s an honor to accept this award on behalf of all of the hardworking Georgians who consistently create opportunities in their communities,” Gov. Brian Kemp said of the 12th Silver Shovel Award, according to a press release. “For 11 years in a row, Georgia has earned this recognition thanks to our pro-business environment, unmatched workforce, world-renowned logistics, and long-standing commitment to attracting jobs to every corner of the state. I want to thank our state’s economic development team and our local partners for their tireless work to promote prosperity throughout the Peach State.”

While compounded economic activity prior to the coronavirus slowdown may have significantly maintained the state’s pro-business reputation, recent June business expansion announcements continue to highlight the strong economic fundamentals found in the Peach State.

Three technology-based companies announced investments and job creation plans in different Georgia communities. Milletech Systems Inc., SK Innovation, and Perspecta, companies that span the gamut of technology services from software solutions to advanced manufacturing to cybersecurity, are set to bring more than 1,200 jobs to the region while providing millions of dollars in investments. These announcements are testaments to Georgia’s “top-notch college and university system and training programs,” Kemp said. “I am confident that Milletech will be pleased with their decision to expand and invest in Georgia along with the skilled talent we have right here in the Peach State.” Kemp had similar sentiments when speaking of the other recent technology company expansions.

An expected 75 productions are set to resume filming. They are projected to inject over $2 billion into the Georgia economy during the next 18 months, helping more than 17,000 small businesses in the process. “The entertainment production industry is coming back and ready to jumpstart the Georgia economy by creating jobs and generating greatly needed investment and spending in communities across the Peach State,” said Gov. Kemp, according to a press release.

“Georgia is open for business, and we look forward to an even stronger relationship with the film industry moving forward,” said Georgia Department of Economic Development Commissioner Pat Wilson. In 2019, 391 film and television productions filmed in Georgia, supported by 3,040 motion picture and television industry businesses. “Thanks to the historic best practices guide, Georgia is able to safely send the tens of thousands of film and TV industry employees back to work and restart production. The economic impact of film touches local communities and small businesses across Georgia. We look forward to resuming the hundreds of productions across the state and to keeping Georgia as the nation’s film and TV capital,” Wilson said.