Fort Lauderdale tech industry positions itself for growth and success

Fort Lauderdale tech industry positions itself for growth and success 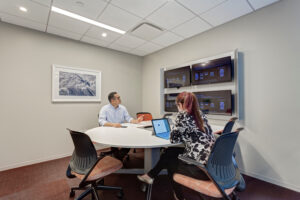 opens IMAGE file 2 min read February 2021 — Fort Lauderdale is proving itself to be a viable option for technology companies. In just the first half of 2020, opens in a new windowSouth Florida technology startups and later stage companies raised $690 million, ranking No. 11 in recipients of venture capital dollars. Healthcare-related companies accounted for nearly 40% of those deals, with companies such as Dania Beach-based Orthosensor and West Palm Beach-based Exuma Biotech. Broward County’s Magic Leap completed $350 million in fundraising, receiving almost half of the region’s investment funds.

However, as a result of the COVID-19 pandemic, total investments fell compared to the $1.7 billion raised by 79 companies in the first half of 2019.

Certain Greater Fort Lauderdale companies benefited from the “explosion in e-commerce, consumer preference for digitally native direct-to-consumer brands, and a shift by (small and medium businesses) to outsource logistics with technology they can’t build themselves,” opens in a new windowaccording to Periphas Capital Managing Partner Sanjeev Mehra in regard to ShipMonk. ShipMonk, No. 3 on the Tech Tribune’s 2021 Best Tech Startups in Fort Lauderdale, raised $65 million in an equity funding round in January led by Periphas Capital. ShipMonk’s revenue doubled in 2020 with a surge of online orders.

Nova Southeastern has hit the ground running on the trend with opens in a new windowthe start of construction of its Center of Innovation. The new Alan B. Levan | NSU Broward Center of Innovation is slated for completion in July 2021. It will foster economic development within the Fort Lauderdale community with breakthrough ideation, new technologies and job creation, and it will serve as an incubator for early stage and young startup companies, with a focus on innovation, technology and entrepreneurship.

“Broward’s businesses, large and small, have great vision and intellectual capacity to build on the rapidly changing landscape around the world,” said Broward County Administrator Bertha Henry, in a statement.

Meanwhile, opens in a new windowFort Lauderdale-based software giant Citrix Systems agreed to buy Wrike of San Jose, California, capitalizing on the ever more ubiquitous future of remote work. Citrix says this deal positions itself to “unlock new revenue opportunities” for the prevalence of remote work and productivity during the COVID-19 pandemic.

“When it comes to the future of work, Citrix and Wrike share a common vision and mission: to reduce the complexity and chaos of work and empower every person, team and organization to achieve their very best,” said Wrike founder and CEO Andrew Fliev.