American Airlines Senior Vice President for Mexico, Latin America and the Caribbean Art Torno discusses the significance of Miami as a transport hub for the Americas 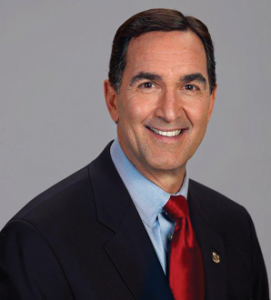 How has establishing a hub in Miami contributed to American Airlines’ business?
In 2014, we celebrated the 25th anniversary of our Miami hub. This was momentous for both American Airlines and Miami-Dade; today, over 70 percent of departures from Miami International Airport (MIA) are American Airlines flights. We are privileged to be an airline company here, as Miami allows us to link North America to the rest of the hemisphere. This linkage has contributed greatly to American Airlines’ growth in MIA. In 1989, we had 19 flights a day and about 200 employees. That same year, we purchased assets from Eastern Airlines, which gave us access to routes in Latin America and the Caribbean. That investment was one of the smartest decisions American Airlines has made in its 80-year history. Today, we fly over 340 flights a day, to 126 different destinations, and employ 11,500 people.
What have been some recent developments in government relations in the hemisphere?
We constantly work with governments to develop the demand, to create the market, for air travel, particularly in the Caribbean, where we engage in cooperative advertising, work with hotels and travel agencies, to generate demand. Government relations are also the means by which we develop new routes. A great example is Brazil, where we’ve worked with, not just the federal government, but local governments as well, to increase access to locations that were previously isolated. As a result, American Airlines now controls 42 percent of traffic from Brazil to the U.S., from which Miami greatly benefits.
One challenge for Miami-Dade aviation pertains to lengthy customs processing. How can this be addressed?
Lengthy customs procedures could deter travelers from flying to MIA, thus hurting tourism and commerce. Addressing this matter – which is significant – has meant collaborating with the county and U.S. Customs and Border Patrol (CBP) to add additional officers; look at new technologies and staffing models and share different profiles of customers.
Most international airports in the U.S. have a lower split between foreign customers and domestic. At MIA, there is a larger percentage of foreign arrivals, so if MIA is being staffed with the same models used for other international hubs in the U.S., that model would be inadequate because a larger portion of our customers need a deeper level of scrutiny. In the last two years, we as an airport community entered into a pilot program with CBP where we would collectively fund overtime hours for their officers during peak travel times. So far, this initiative has been successful and is now being rolled out in two or three other airports in the country.