Florida to raise its minimum wage to $10

Florida to raise its minimum wage to $10 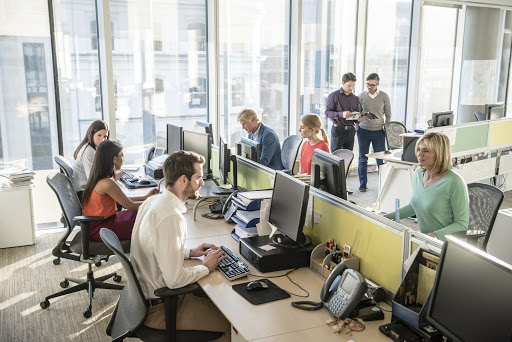 2 min read January 2021 — Florida’s march to a $15 minimum wage took another step forward as the year started, with another increase to $10 slated for September. For some businesses in Tampa Bay, that’s good news, but others worry about the impact on the state’s attractiveness for investors.

The state increased its minimum wage from $8.56 to $8.65 an hour Jan. 1. This small increase is a result of a 2004 constitutional amendment that tied increases to cost-of-living changes. The wage will rise to $10 on Sept. 30 as part of an incremental increase each year until Sept. 30, 2026, when it will reach $15. This change is part of a November constitutional amendment passed by Florida voters to eventually institute a $15 minimum wage.

Florida was among 20 states to start 2021 with a higher minimum wage and was the first southern state to raise the minimum wage toward the $15 threshold. California, Connecticut, Illinois, Maryland, Massachusetts, New Jersey and New York have previously passed legislation to incrementally increase their minimum wages to $15.

Tipped workers, including many hospitality industry workers, will see their wages gradually increase from $5.54 to $11.98 an hour by 2026 under Amendment 2. The amendment will allow employers in Florida to continue paying tipped workers like waiters $3.02 below the state’s minimum wage per hour.

Many businesses support the minimum wage increase, contending that it will strengthen local workforces and promote consumer spending to support workers and businesses. Many attest that it is impossible to live on the previous minimum wage of $8.56 given Tampa Bay’s cost of living. In fact, many companies nationally have already increased their wages to $15 per hour to stay competitive in the job market. Amazon raised its wage to $15 per hour in 2018. Target followed suit in 2019. Walmart made changes in September for all its employees; its bakery and deli workers went from $11 to $15 per hour, while its other frontline workers received at least a $1 bump overall with a $3 increase for holiday hours.

David Deno, CEO of Tampa Bay’s Bloomin’ Brands which owns Outback Steakhouse, prepared for the rise in 2020. He increased his employee wages ahead of the vote; some of his employees already make $15 an hour.

“We will see some impact, but we are confident in our ability to stay ahead of this and adapt to the change,” said Cathie Koch, the company’s vice president of corporate affairs.

However, for Florida grocers, wages have stayed closer to the minimum and inconsistently vary within the state. While Publix had a recent job posting for a deli clerk in Sarasota that paid in a range of $12.30 to $15.55 per hour, a job posting for a bagger in Tampa started at an hourly wage of $10.

Some business groups like the Florida Chamber of Commerce and the Florida Restaurant and Lodging Association have come out against the amendment. They argue that raising the minimum wage will reduce Florida’s appeal to businesses and drive them out of the state, leading to job cuts. This would especially affect the hospitality and tourism-focused companies, which took a devastating financial hit from the COVID-19 pandemic.

According to the Massachusetts Institute of Technology’s living wage calculator, Tampa Bay residents must earn a minimum of $12.57 an hour to cover their cost of living, including housing, food, child care and healthcare. That number increases to $25.20 an hour to support one child, and $29.53 an hour to support two children.