Florida is in the midst of an aviation renaissance

Florida is in the midst of an aviation renaissance 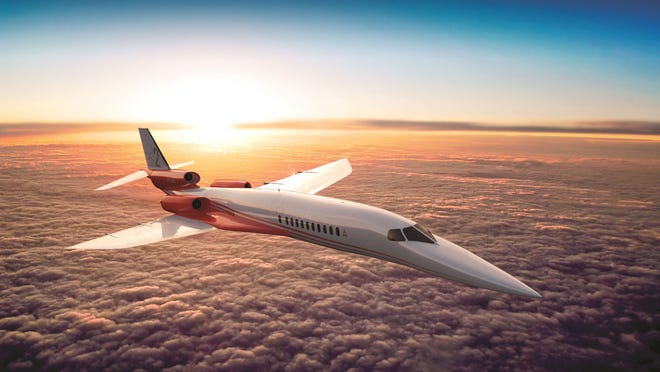 2 min read September 2020 — Despite a dismal year for the aviation industry, Orlando Melbourne International Airport is experiencing a period of exponential growth. Companies such as Made in Space and Aerion Supersonic have announced plans to relocate their headquarters to central Florida, which will help bring hundreds of jobs to the region.

Aerion Supersonic plans to relocate its headquarters from Reno, Nevada, to Melbourne, Florida. The American aircraft manufacturer received a substantial investment from Space Florida that will help bring an estimated 675 jobs to the region over the next six years. Aerion Supersonic and Space Florida also have plans to build a $300-million state-of-the-art campus at Melbourne International Airport. Located on 60 acres of undeveloped property at the northwest corner of the airport, Aerion Park will boast a center for research along with facilities for manufacturing, design and production.

The AS2, a supersonic business jet, will be the first aircraft manufactured at Aerion Park. Production of this ultrafast fleet is scheduled to begin in 2023. “Our engineers call it science, but we call it time travel,” Aerion said in a tweet. “Why? At the speed of 1,000 MPH, we’re taking you from JFK to Sydney in 13 hours and 43 minutes instead of 18 hours and 6 minutes. Use those hours with your family instead.”

Florida is in the midst of an aviation renaissance. Despite an unsettling year, the industry has remained resilient. Space Florida has high hopes that the creation of Aerion Park will help captivate other aviation and aerospace corporations to the area, which will only bring more exploration and innovation to the region.

“This is a truly transformational project for Florida that changes the game for high-speed air transportation as well as for advanced aerospace manufacturing in the state,” Frank DiBello, president and CEO of Space Florida, told AINonline. “The decision to locate design, engineering, and manufacturing of this technologically advanced supersonic flight vehicle here in Florida is a testament to the growing strength and global recognition of the importance of Florida as a world-leading aerospace state.”

Aerion Supersonic isn’t the only corporation that has received investments from Space Florida to help relocate its operations to the Sunshine State. Earlier this year, Made In Space, announced its decision to move its headquarters from Mountain View California to Jacksonville. The engineering company specializes in the manufacturing of three-dimensional printers for use in microgravity.

“Relocating our headquarters to Jacksonville is a strategic step to position the company for long-term growth,” Andrew Rush, Made In Space president and CEO, said in a statement. “By expanding our presence in Florida, we can leverage a skilled aerospace workforce, large-scale infrastructure to support our growth, and key strategic partners like Space Florida that will accelerate our momentum as we continue to develop world-class space technology.”